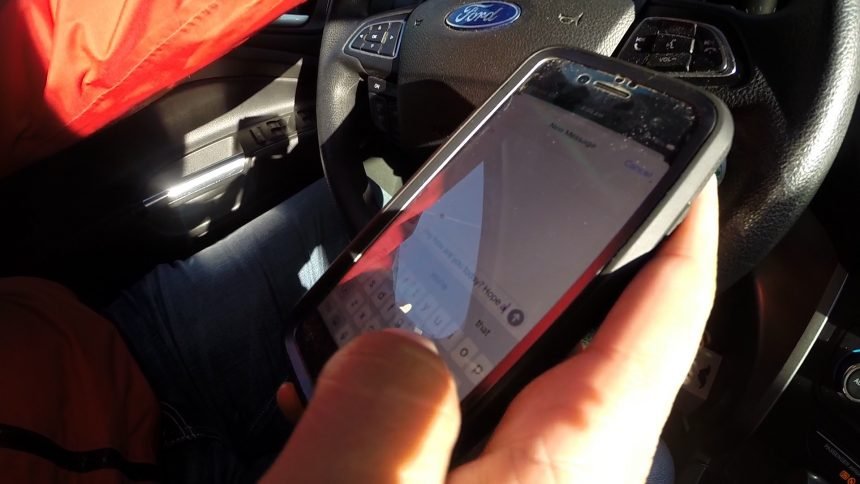 COLORADO SPRINGS, Colo. (KRDO) -- As more people get vaccinated for Covid-19 in Colorado, more people are driving and that means the return of more distracted drivers on our roadways.

Distracted driving is one of the biggest threats to safety on Colorado’s roads, causing over 15,000 crashes each year in the state. That is an average of 42 crashes every single day.

Sam Cole with the Colorado Department of Transportation said, “That’s 10-15% of all crashes on our roadways. That’s way too many.”

According to data from the Colorado Department of Transportation, crashes involving distracted drivers have only been on the rise, increasing from 13,332 in 2012 to more than 15,000 in 2019. Of those crashes in 2019, more than 4,000 people were injured and 39 people died.

“We think that number is underrepresented," said Cole. "We think that there are a lot more distracted driving crashes in the state than the data tells us. Just because if somebody runs off the road and is killed you don’t know if they were on their phone or not.”

Despite the rising occurrence of crashes, a 2020 survey of Colorado drivers shows that 92% of people admitted to driving distracted weekly, an increase from the 90% who reported the same in 2019. Cole believes that the popularity of smartphones plays a big factor in the rise in crashes.

In response, CDOT is joining a nationwide effort in April during Distracted Driving Awareness Month. During the month, CDOT's "Distraction Reactions" campaign will be on display at 48 coffee shops throughout the state with coffee cups warning about the dangers of distracted driving.

“A lot of people might be stopping for coffee on their way to work and we think if they see this message on the coffee cup that tells them about the dangers of distracted driving then it might actually get them to think twice.”