COLORADO SPRINGS, Colo. (KRDO) -- Rep. Ken Buck of Colorado's 4th Congressional District is among several politicians calling for action against a movie on Netflix due to perceived sexual exploitation of children.

The movie "Cuties," which is being distributed by Netflix, has garnered controversy and backlash because of its depictions of young females.

According to the Associated Press, the movie, which was released in France as "Mignonnes," went viral for its provocative imagery of the young actors. The controversy has only intensified since the movie's release on Netflix.

Buck wrote a letter to Attorney General William Barr with Rep. Andy Biggs of Arizona, calling on the Department of Justice to "open an investigation to ensure the film and its production uphold federal laws protecting children from exploitation."

"Throughout the film, young girls engage in sexually provocative dances, and the film includes at least one scene where a young girl is partially nude," the letter from Buck and Biggs says. A rumor spread online that an underage female's bare breast was exposed, but that has been debunked.

Buck says the film "creates an environment where the sexual abuse and exploitation of children by pedophiles is normalized."

A spokesperson with Buck's office says the congressman wanted to weigh in after seeing the controversy spread on social media, saying the idea behind the letter is to "call out behavior like that when we see it."

According to the AP, the movie itself is criticizing irresponsible depictions of pre-teen girls. Netflix said in a statement that the movie is "a social commentary against the sexualization of young children."

Buck is asking for the DoJ to investigate if "Cuties" violates any laws, and to look into the film's casting process to "ensure these children were not exploited behind the scenes." However, no credible allegations of abuse during the production of the movie have been reported.

“It’s an award-winning film and a powerful story about the pressure young girls face on social media and from society more generally growing up — and we’d encourage anyone who cares about these important issues to watch the movie,” a Netflix spokesperson said in a statement to ABC News.

Read the letter from Rep. Buck below:

“Cuties” creates an environment that encourages the exploitation of children. We cannot stand idly by while @Netflix distributes this disturbing film. @RepAndyBiggsAZ and I are urging @TheJusticeDept to investigate immediately. https://t.co/U8YncY6hPo pic.twitter.com/w3k7IjvZXX 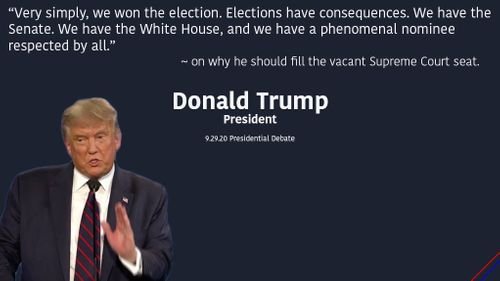