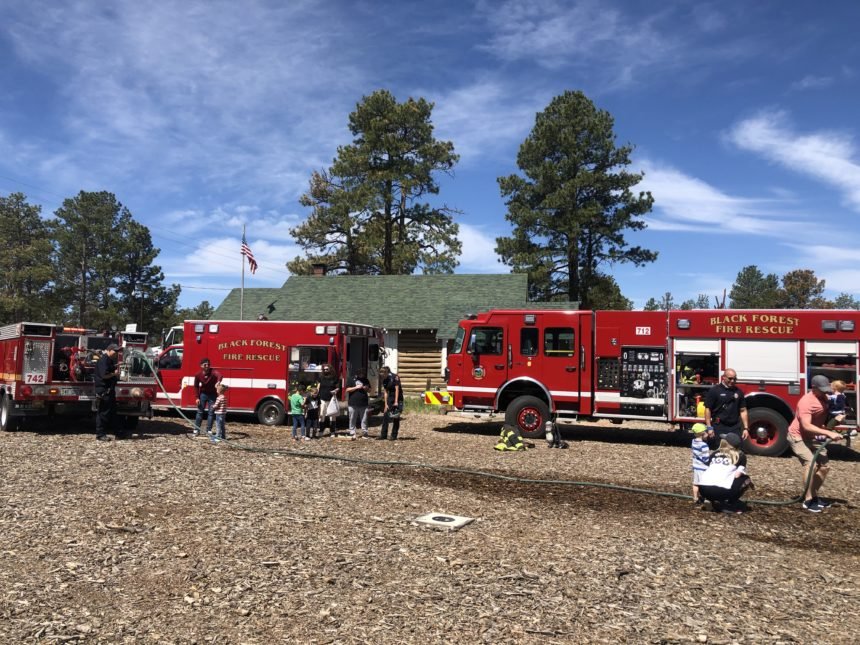 The BFFD will be present at the day's remembrance, with 4 fire vehicles and crew members, two who fought on the frontlines of the Black Forest Fire.

The display will include before and after photos of the fire destroyed property in what is now the Backyard of the Black Forest Community Center, which has literally risen from the ashes and is now the location of the Backyard Farmers Market. The Black Forest Community Club organized over 100 volunteers who worked together for thousands of hours to bring the backyard back to life.

Boy Scout Troop 70 color guard will raise the flag for the day. Special displays will include the Black Forest Kids Fire Artwork display from 2013. The display will also feature discussions will members of the community who will share firsthand accounts on how they fought and endured the historic fire and its aftermath.