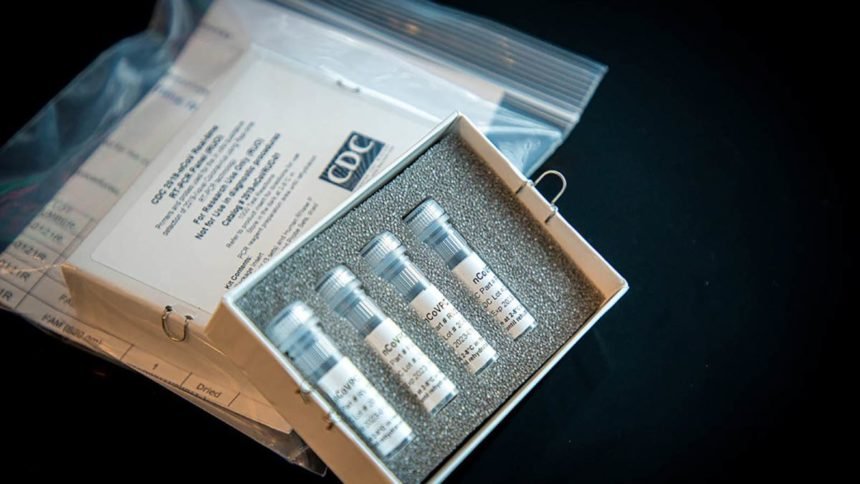 DENVER (KRDO) -- Gov. Jared Polis announced Thursday afternoon that two people in Colorado have tested positive for COVID-19, the coronavirus that has infected tens of thousands across the world.

Polis issued a tweet shortly before 4 p.m., saying his office "learned of the first presumptive positive case of COVID-19 in Colorado." The results were verified by state tests, but the Centers for Disease Control and Prevention is getting the tests for an official confirmation.

According to the state Department of Health, the case originated from an out-of-state visitor in Summit County. The patient is described as a male in his 30s who recently traveled to Italy during a major outbreak in Rome, and who arrived at Denver International Airport last weekend.

A person who traveled with the patient has tested positive for the virus in another state, Polis said.

A press conference happened around 5 p.m. to provide more information. Watch below:

Public health officials said that practitioners are investigating and will notify anyone else who may have been exposed.

The governor said the man rented a car at DIA, drove to Summit County and stayed with two friends at a condo and enjoyed unspecified outdoor activities until he went to St. Anthony Summit Medical Center in Frisco to be treated for symptoms.

Late Thursday evening, officials revealed that the man's two friends have been ordered to remain on home isolation for at least two weeks, and that four hospital workers who attended to him will be tested as a precaution.

"They were prepared and took the proper precautions," Polis said.

The governor said the health threat to travelers at DIA when the man arrived last Saturday is low.

"He had a low risk of transmission while on the plane and was considered generally non-contagious," he said. "Therefore, there's no reason at this time to believe that other travelers were exposed."

After releasing various details about the first case, Polis also confirmed that a second presumptive positive case was confirmed on Thursday, as well.

According to the Tri-County Health Department, she contracted the virus while traveling on an international cruise, but the specific destination or city of origin was not named.

She is currently isolated at her home and had "limited public contact" with her family members and health care providers, according to TCHD.

The agency said it is also monitoring people who may have been exposed to the virus through her.

Officials said the two positive tests are the state's first out of nearly 100 tests, with 38 other test results pending.

Test results are usually available with 48 hours, officials said, and as the state expands its testing ability it expects to have more positive cases.

"I know that some states have declared public health emergencies in this situation but we don't need to do that yet," Polis said.