President Donald Trump has a thing for household appliances. Or more accurately, a thing against them.

Here’s Trump on showers, sinks and, yes, toilets during a “Keep America Great” campaign rally in Milwaukee on Tuesday night:

“But sinks, toilets and showers. You don’t get any water. They put restrictors on and now they made them permanent. People used to take them out. They put restrictors on. Try going and buying a new faucet. You turn it on, no water comes out. Right? We won’t talk about toilets, but you know that’s true. Ten, fifteen — but we don’t talk about that. Because I’ve said this three or four times, the only subject they ever talk about is toilet, so I don’t mention it. But how about the shower? You go into a shower, and I have this beautiful head of hair. I need a lot of water. You go into the shower, right? You turn on the water. Drip, drip, drip. I call the guy, something wrong with this? No, sir. It’s just the restrictor. So you’re in there five times longer than you’re supposed to be. You use probably more water. And it’s a very unpleasant experience. Right? So we’re getting rid of the restrictors, you’re going to have full shower flow. You’ll see. Did you ever go to the faucet, you turn on the faucet to wash your hands, and it turns on so easy. It’s like this, you know, because there’s zero pressure behind it, no water. You go like that the thing flips on and whoa. And then dunk, dunk. These people are crazy.”

Trump’s war on water pressure is of a piece with other battles he has fought against inanimate objects during his presidency — from windmills (“They’re noisy. They kill the birds.”) to lightbulbs (“I want an incandescent light. I want to look better, OK? I want to pay less money to look better”). But of late, this battle against the forces of weak water pressure has taken precedence.

The beginning of Trump’s current obsession in toilets, sinks, showers and dishwashers (oh my!) appears to be at a White House roundtable with small business owners in December.

“We have a situation where we’re looking very strongly at sinks and showers and other elements of bathrooms where you turn the faucet on — and in areas where there’s tremendous amounts of water, where the water rushes out to sea because you could never handle it, and you don’t get any water,” Trump told the assembled group. “You turn on the faucet and you don’t get any water. They take a shower and water comes dripping out. Just dripping out, very quietly dripping out. People are flushing toilets 10 times, 15 times, as opposed to once.”

And the potty talk only picked up from there.

At a campaign rally in Michigan in mid-December, Trump went on an extended riff on water pressure — and appliances. Here’s how Yahoo described the moment:

“Now we’re doing it with a lot of other things. Uh, dishwashers, and uh, you know. I won’t tell you one of the things because every time I tell you they do a big number on it. You know the one I’m talking about, right? Sinks, right? Showers? And what goes with a sink and a shower?

“Not me of course, not me, but you. You. But I never mention that.”

Trump went on to note that you used to press a dishwasher once and there would be an “explosion” but “now you press it 12 times. Women tell me.”

Oh yeah. This all checks out.

Weirdly, Trump’s war on (low-flow) toilets and the like is part of a broader worldview he holds, which can be summed up this way: Things used to be better. Before the government got involved in everything. America was America back when [fill-in-the-blank thing] worked “right.” Trump had filled in that blank with everything from immigration to policing to, now, toilets.

So in a way, Trump’s toilet vendetta is remarkably consistent with his governing philosophy. But, 10-15 flushes? Seriously, dude? 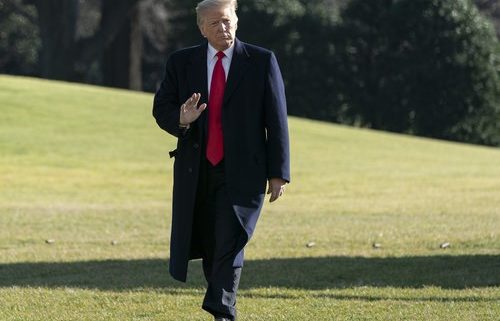 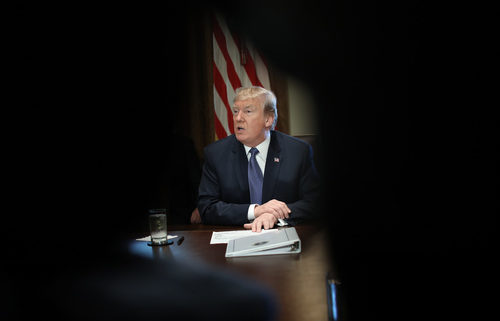