An official providing an update on the Golden Ray wreck removal off the coast of Georgia said it is the largest in United States history and required more than 3 million collective man-hours.

The 656-foot cargo ship was carrying 4,100 vehicles when it capsized in St. Simons Sound near Brunswick in September 2019, resulting in more than $200 million in damage.

Wreck removal personnel Monday removed the final section of the cargo ship Monday, the US Coast Guard Southeast said in a release.

The removal was “a difficult and complicated operation” and required experts from around the world, Commander Efren Lopez, US Coast Guard Federal On-Scene Coordinator, said in Tuesday’s update.

“We have accomplished a great feat. Over the last two years we have rescued 23 crew members, four of which were stuck inside the engine compartment for over 30 hours, none sustaining life-threatening injuries. Now we have completed the largest wreck removal in US history,” Lopez said at a news conference in Brunswick.

The cargo ship’s capsizing was caused by incorrect calculations about the vessel’s stability, the National Transportation Safety Board said last month.

The NTSB also found two watertight doors had been left open, which caused the vessel to flood after it capsized. The flooding trapped four crew members who were later rescued.

Crews have removed more than 8,000 pounds of ship-related debris from the water and shore and 9,500 pounds of non-ship related trash.

“So the beaches and marshes are probably as clean as they have been in many years,” Graff said.

John Maddox, Emergency Response Manager for the Environmental Protection Division of the Georgia Department of Natural Resources, said it may take months or years for the St. Simon Sound to return to its baseline condition.

“While pollution threat continues to reduce, it has not been eliminated,” Maddox said.

The Golden Ray left the Port of Brunswick at 1 a.m. on September 8, 2019, after unloading and loading vehicles and was on its way to Baltimore. As the vessel made a turn to the right, it heeled quickly to its left side, eventually settling at an angle of 90 degrees, the NTSB report said.

In a public hearing last year, Capt. Jonathan Tennant, who steered the ship out of the port, said everything seemed normal before it capsized.

Fire, flooding and saltwater corrosion meant the ship was declared a total loss estimated at $62.5 million, the NTSB said in its report, and an estimated $142 million worth of cargo was lost. 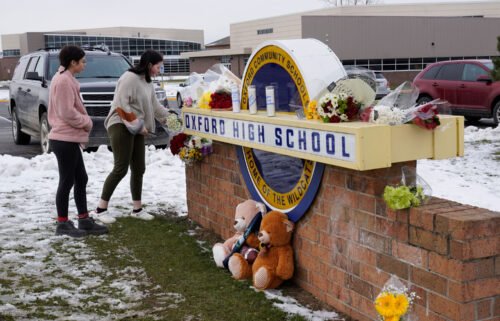