London got so warm this summer that newspapers splashed with headlines saying temperatures in the city had exceeded those of scorching hot Dubai.

One after another, European countries such as Spain and Portugal registered record highs this year.

The northern hemisphere did indeed witness record temperatures, with wildfires engulfing parts of Europe and drought threatening food supplies. And, often, European cities witnessed hotter conditions than those in the Persian Gulf.

But experts say that temperature alone isn’t an adequate measure of the livability of a city — a combination of heat and humidity is. And that’s why the Middle East is far less livable than Europe even at the same temperatures.

The Middle East is still quite hot. The Iranian city of Abadan set the record for the hottest dry heat temperature this year when it hit 53 degrees Celsius (127 degrees Fahrenheit) on August 5. But combine that with the high levels of humidity in the region and it becomes an even more inhospitable place for human beings. It’s harder to cool down when the weather is humid, as our bodies struggle to transfer their heat to “wet” air rather than dry air, making it harder to sweat it out and lower our body temperatures.

The measure of heat combined with humidity is called the wet bulb temperature. The name stems from the way this condition is measured, literally by wrapping a wet cloth around a thermometer and measuring the temperature as the water evaporates.

This speaks directly to our body’s ability to cool itself through sweating.

“The wet bulb temperature is the lowest temperature that can be reached by evaporative cooling,” Tapio Schneider, a professor of environmental science and engineering at the California Institute of Technology, told CNN.

The Middle East is especially vulnerable to rising global temperatures. “The region is already warm and can be humid,” he said. “Therefore, global warming can push it into the zone where human health is endangered.”

On July 19, the UK experienced its hottest day on record, surpassing temperatures of 40C for the first time, with a high of 40.3C in eastern England. On the same day, average temperatures in both London and Dubai were 34C — but the wet bulb temperature in London was 20C, while Dubai was a more painful 27C.

The Persian Gulf is one of the few places in the world ever to record a wet bulb temperature that exceeds the threshold of human survivability, 35C. Since 2005, there have been nine separate occasions of this on record.

A wet bulb temperature of 35C means the body can no longer cool itself to a temperature that can maintain normal functions.

“It is a hard threshold for survivability in that independent of age and fitness, humans cannot survive in those conditions; they will die within hours without special exertion,” said Schneider.

The oil-rich Arab states of the Persian Gulf have equipped themselves against the heat, with energy-intensive air conditioning, but other regional countries haven’t been as privileged.

In Iraq, employees in the city of Basra were asked to stay home due to high temperatures earlier this month. However, households only get up to 10 hours of electricity from the national grid, with those who can afford it paying private generator providers to cover the other hours.

And even in some Gulf Arab states, such as Kuwait, where there is a building boom, access to air conditioning isn’t available to all, including construction workers toiling outdoors.

Research by Purdue University found that at around a wet bulb temperature of 32C, it becomes impossible even for healthy people to work outdoors, with physical labor having a limit of 31C.

An MIT simulation found that if the current pace of greenhouse emissions remains constant in the Persian Gulf, annual maximum wet bulb temperatures in cities such as Abu Dhabi, Dubai and Doha would exceed the threshold for human survivability (35C) several times a year by the end of the century.

Saudi activist gets 34 years in prison for Twitter activity

Saudi women’s rights campaigner Salma al-Shehab, 33, was sentenced to 34 years in prison on Monday for publishing “false and tendentious rumors on Twitter,” according to independent human rights organization ALQST and court documents viewed by CNN.

Turkish President Recep Tayyip Erdogan, speaking alongside his Ukrainian counterpart Volodomyr Zelensky and UN Secretary-General Antonio Guterres in the Ukrainian city of Lviv on Thursday, expressed concerns about the ongoing conflict around the Zaporizhzhia nuclear power plant, warning of the danger of “a new Chernobyl.”

Climate change and poor water management are causing alarming droughts across the globe, drying up lakes that once flowed with abundant fresh water. Israel is hopeful, however, that by desalinating sea water from the Mediterranean, it can pump back fresh water into lakes across the country.

The Tehran Museum of Contemporary Art was forced to temporarily close due to insect infestation, the museum said in a statement and apology on Wednesday.

The news broke after a video posted on the BBC Persian website went viral. It showed two silverfish crawling under the glass of a famous photograph taken by influential German photographers Bernd and Hilla Becher.

“The treasure works of the Tehran Museum of Contemporary Arts, national wealth and their proper maintenance are the most important concern of all of us, and the attention and sensitivity of the Iranian art family is a valuable asset,” the statement said.

Once the museum became aware of the situation, pest control technicians rushed over to tackle the problem, it said. “Fortunately, this work was not damaged, and no insects were seen in the other works of the exhibition,” it continued.

The statement said that experts will be fumigating the building’s exterior spaces, as it is likely the insects entered from outside.

The Tehran Museum of Contemporary Art is one of the largest art museums in the country, carrying large collections of both Iranian and Western paintings. After the 1979 Iranian Revolution, many of the renowned Western art pieces were stored and hidden in the museum vault for decades. Now, the museum frequently displays artwork from around the world, including the United States and Europe.

Photo of the day 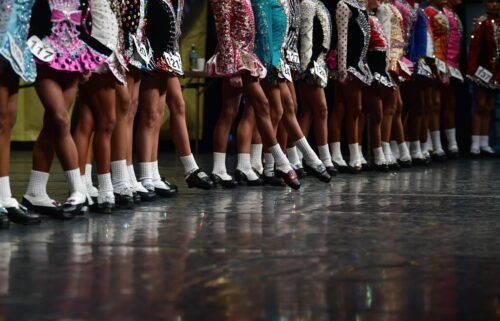 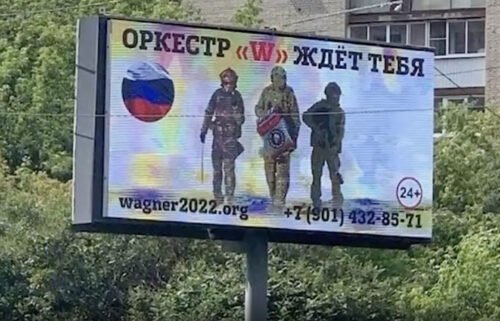 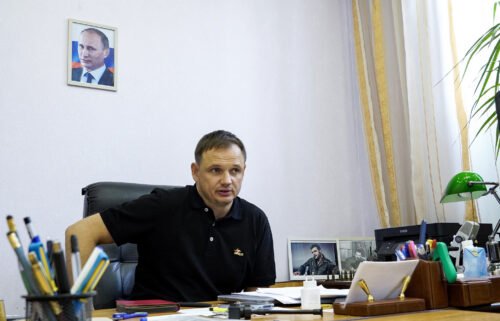