The killing of a Nigerian man in broad daylight on the streets of an Italian seaside town while onlookers watched has sparked outcry and renewed a conversation about racism and crimes against migrants in the country ahead of elections next month.

Alika Ogorchukwu, 39, was chased, hit with his own crutch and then beaten “to death with bare hands” while on the ground by the assailant, who also stole his mobile phone, Macerata police said.

Video footage of the attack, which took place in the eastern coastal town of Civitanova Marche, was captured by a bystander, but nobody was seen physically intervening in one portion of the clip.

A woman can be heard shouting “stop, stop immediately” in the video, and a man shouts: “You are killing him.” The footage was published by Italian media after being shared online.

The incident took place at 2 p.m. on Friday in the main central street of Civitanova Marche, Luconi said. Ogorchukwu was found dead at the scene by paramedics, the police statement on Sunday added.

Macerata police officer Matteo Luconi told CNN on Monday that the killing “was not racially motivated,” and a police statement on Sunday said it was likely due to “petty reasons.”

A 32-year-old Italian citizen, Filippo Ferlazzo, has been arrested for murder and robbery, police said. One of Ferlazzo’s lawyers, Federica Trifoglio, told CNN Monday that his client has psychiatric issues and they intend to file a psychiatric report.

The Nigerian embassy in Rome condemned the killing, saying “the incident occurred on a busy street and infront of shocked onlookers, some of whom made videos of the attack, with little or no attempt to prevent it.”

The embassy said it was collaborating with Italian authorities to ensure justice is served and to provide assistance to the victim’s family.

She told journalists that when she last saw her husband on Friday morning, “I gave him a croissant, I told him ‘eat this’. I gave him the croissant and haven’t seen him since. Then many people came to call me: ‘Your husband, come!’ I needed someone with the car and when I arrived in Civitanova I saw him lying down on the street.”

Francesco Mantella, the lawyer representing Ogorchukwu’s wife, Charity, told CNN that Ogorchukwu had been in Italy for about nine years with a regular residence permit and worked as a street vendor.

Ogochukwu was left with a limp after he was run over by a car last year while on his bicycle. He used a crutch to help him get around, Mantella said.

He sold small things, lighters and tissue paper, the lawyer said. He commuted every day from his home, in the small village of San Severino Marche, to the larger town of Civitanova Marche, hoping to do better business.

The mayor of Civitanova Marche has announced the expenses for Ogorchukwu’s funeral will be paid by the municipality, Mantella said, and a fundraiser has been started to help his widow and their 8 year-old son.

The killing has shaken the country, where right-wing factions could gain increased support at the upcoming elections.

Four years ago, a man draped in an Italian flag shot six African immigrants in a racially motivated attack in Macerata, less than 20 miles from where Ogorchukwu was killed. 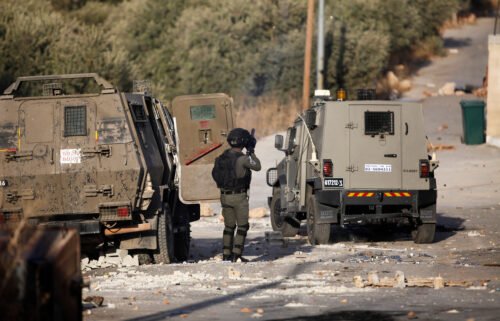 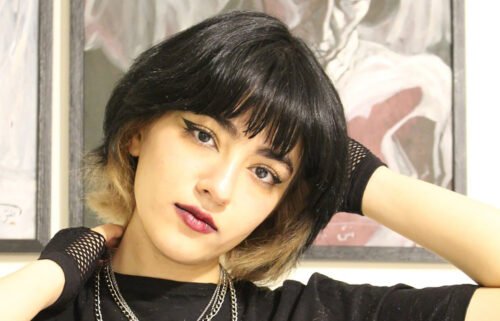 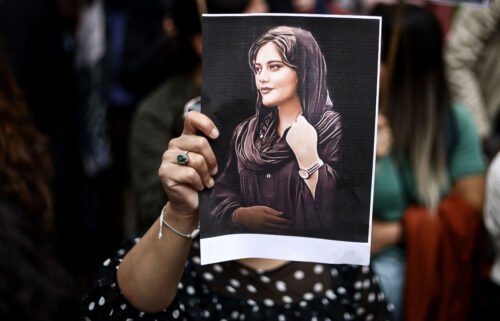