At least two people are reported to have died as Britain was battered by severe weather with winds reaching speeds of over 90 mph (144 km/h) in some areas.

The Met Office said Northumberland in northern England, was hit by overnight gusts of wind of 98 mph (157 km/h) and Devon in the southwest also experienced winds of 92 mph. Rare red weather warnings were issued on Friday after the Met Office described conditions as “horrendous.” The red warnings expired on Saturday but amber and yellow warnings remain in place and people in many areas are being advised to travel only if “absolutely necessary.”

PA Media reports that a man in County Antrim, Northern Ireland, died on Friday when his car was struck by a falling tree and also reported that Cumbria Police said a man from Lancaster died in Ambleside after a tree fell on him just before 11 p.m. GMT (6 p.m. EST) on the same day.

The Met Office warned Britons to stay safe along coastlines, especially along the east coast of Scotland and northeast coast of England while the Royal National Lifeboat Institution named Storm Arwen their first winter storm of the year and said the “severe weather could make our seas and coastlines particularly dangerous.”

Train networks across the UK have reported disruptions due to Arwen, as ScotRail services were disrupted between Edinburgh and Glasgow Queen Street, Dunblane and Stirling after a barn was blown on to the line near Falkirk. TransPennine Express services between Newcastle and Edinburgh have also been canceled.

Many were left without power on Friday night, as Northern Powergrid said severe winds had caused cuts for more than 55,000 customers mainly in Northumberland, County Durham and Tyne and Wear.

The Met Office said that the storm will “continue to bring strong winds” across many parts of the nation and “the cold air combined with the strong winds will give a very cold day right across the country.”

Snow has been falling and settling on roads across southern England and the Midlands but the Met Office said it should ease and move away to the south, as some areas experience a wintry mix of rain, sleet and snow. 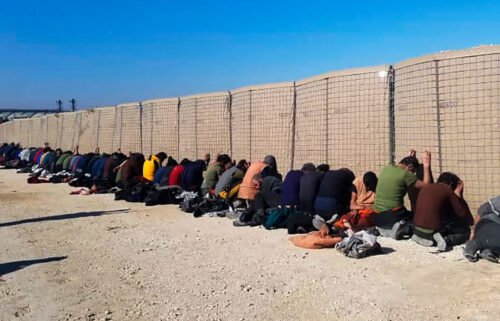 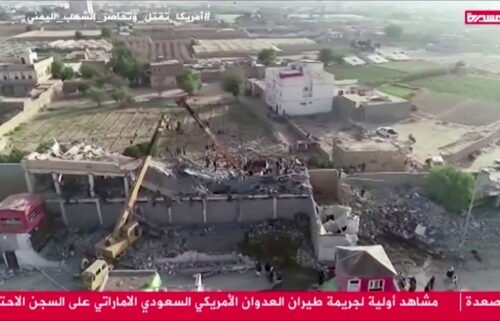 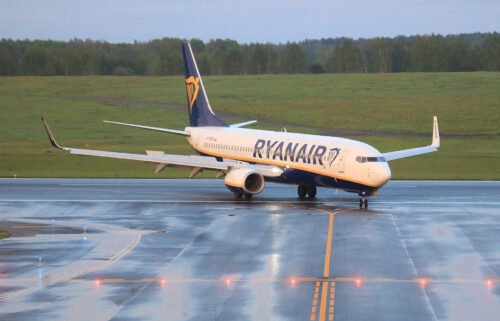