LOS ANGELES, CA (KCAL, KCBS) — Kim Kardashian was named in a federal civil forfeiture action over statue known as “Fragment of Myron’s Samian Athena” which is believed to have been looted and smuggled from Italy.

The statue was seized by Homeland Security Investigations officials at the Port of Los Angeles in May of 2016 as a possibly protected cultural property from Italy, according to the civil forfeiture action filed on April 30. The marble and limestone statue, which consists of the lower half of a human figure, was purchased by Axel Vervoordt, whom Artnet.com identified as the art dealer and interior designer who decorated Kardashian’s Calabasas mansion.

The statue was in a 5-ton shipment labeled “Antiques & Modern Furniture & Decorations Objects,” with a value of $745,882, and addressed to “Kim Kardashian dba Noel Roberts Trust” in Woodland Hills. Homeland Security Investigations officials have had the statue in its custody since 2016, during which time they collected documentation on the piece and had it examined by an archaeologist from Italy’s Ministry of Cultural Heritage.

The archaeologist said the statue is of the Peplophoros style from the early to mid-Roman Empire and appears to be the same statue photographed by Italy’s Carabinieri for the Protection of Cultural Heritage. It had been photographed by the Carabinieri in March 2011 at an art fair in the Netherlands, contradicting a statement from Vervoordt that he had purchased the statue in 2012, according to prosecutors.

The analysis from the archaeologist identified the statue as being from Italy and comparable to other artwork in terms of style and period common in Italy during the Roman Empire, and that it had not been reported as a fortuitous find or as the subject of a request for an export license, which is required by law in Italy.

A Kardashian representative issued a statement saying the reality TV star “never purchased” the piece and that “this is the first that she has learned of its existence.”

“We believe that it may have been purchased using her name without authorization and because it was never received (and) she was unaware of the transaction,” the statement reads. “We encourage an investigation and hope that it gets returned to the rightful owners.”

The statue is currently in federal custody, where it will remain subject to a judge’s decision. 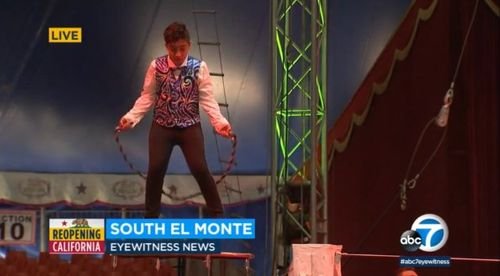