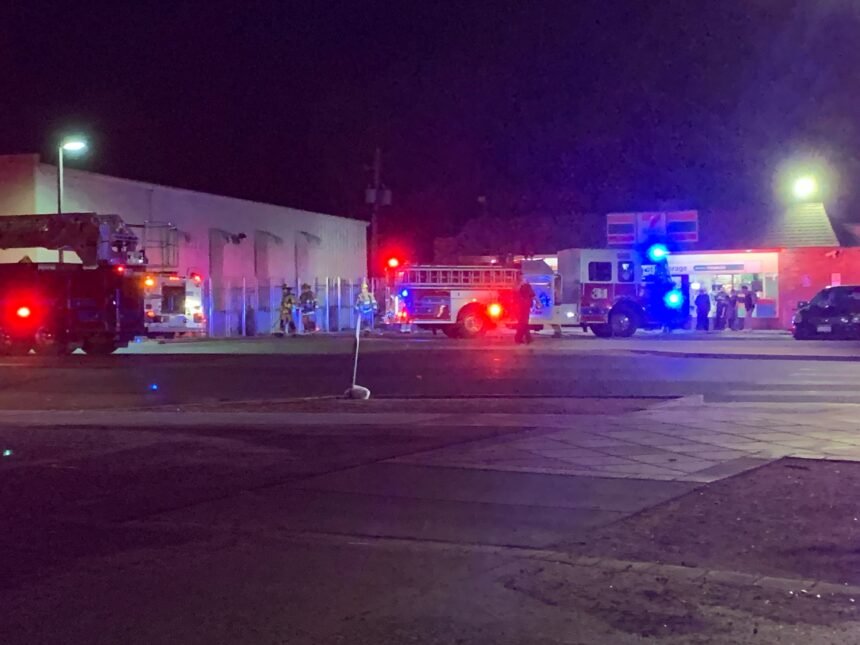 PUEBLO, Colo. (KRDO) — A Dollar General and 7-Eleven in Pueblo were temporarily evacuated Saturday night after a fire started in the back of the Dollar General.

A spokesperson for the Pueblo Fire Department said someone set bales of boxes on fire in the loading dock of the Dollar General.

The fire department spokesperson said it is not clear if the fire was set intentionally or by accident. No one has been arrested.

There were no injuries. There was minor exterior damage to the Dollar General.

The store and the 7-Eleven next door were both evacuated.

Police said the Pueblo Fire Department was able to put the fire out quickly. After the fire was out, people were able to go back inside the stores.