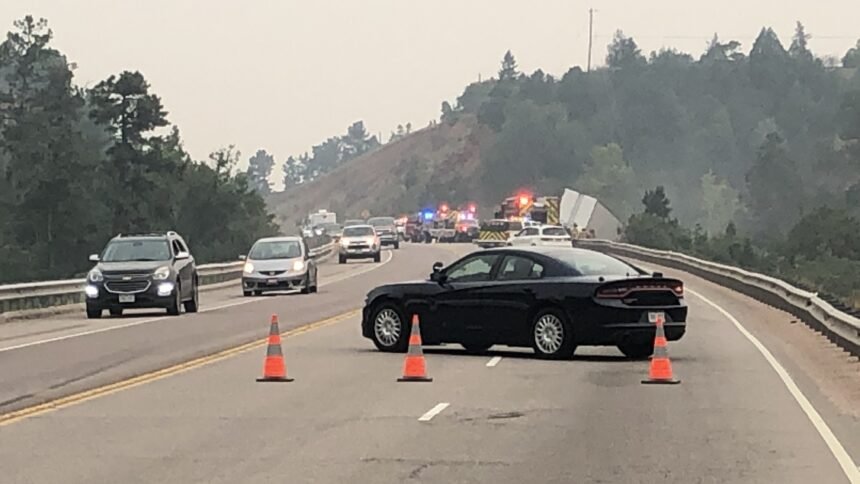 The crash happened near Gate 5 of Fort Carson before 6 p.m.

Officials told KRDO crews at the scene that the semi-trailer crashed over an embankment and went off the road, and it then caught fire shortly after that.

The driver of the truck was able to escape without injuries, officials told KRDO. The causes of the fire and the crash are still under investigation, but speed and alcohol aren't considered factors in the wreck.

All lanes were closed following the crash, but northbound lanes were reopened shortly after.