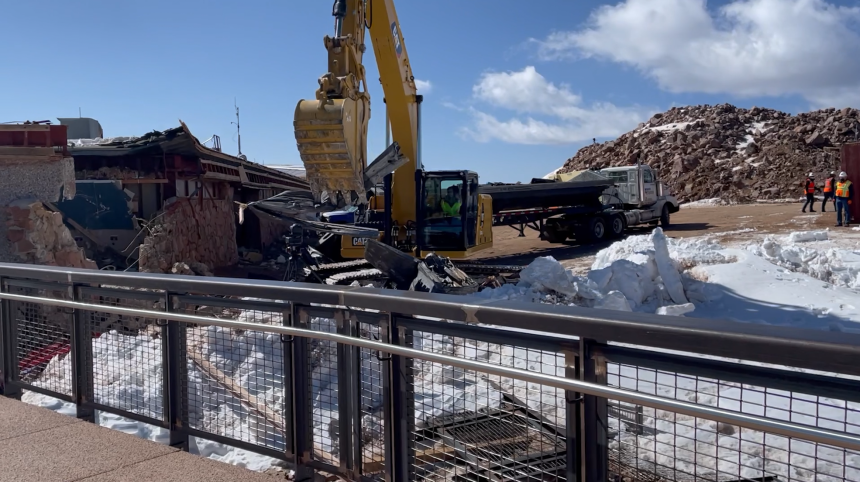 "Gets us one more milestone of completion of the project," said Jack Glavin, manager of Pikes Peak America's Mountain. "I think the favorite part is going to be that dynamic view as you come in from the Highway side looking out toward Mount Rosa. It's going to be spectacular."

Crews originally thought they'd finish up construction at the end of March, but the weather had different plans. Because of the snow, they could only get to the summit five days out of the entire month.

To speed things back up, they've temporarily closed the summit to all visitors to repave the parking lot and welcome the Cog Railway.

Meanwhile some crews are on cleanup duty, making sure demolition debris doesn't fly down the mountain.

"We're taking extra precautions, whether it be safety nets or extra workers, to gather debris as it's coming down off of the building," said Robert Clough, Superintendent of GE Johnson operations on the Pikes Peak Summit Complex.

Officials told KRDO the last few miles of the Pikes Peak Highway to the summit will remain closed until the demolition process is complete.

The new Pikes Peak summit complex is expected to open mid May.