Firefighters in Morristown, Tennessee, staged an adorable rescue mission after a kitten was found trapped in a Pepsi vending machine inside a Walmart store.

Lindsay Russell, a Walmart employee, was on her lunch break Wednesday when she heard meowing coming from one of the store’s vending machines, according to CNN affiliate WVLT.

“I tried all through my lunch and my last break to get her. I tried recruiting co-workers to help me get her, and none of us could do it,” Russell said, according to WVLT.

So she called the Morristown Fire Department in hopes firefighters could help rescue the distressed kitten.

“We could hear it meowing as soon as we came up. We knew it was in there and kind of stressed out,” Morristown fireman Doug Allison said, reported WVLT.

Firefighters responding to the call unplugged the vending machine and removed the back cover, but still could not see the crying kitten, according to a Facebook post from the City of Morristown.

Luckily, the firefighters found another opening where they could see the kitten and coaxed it out. The rescue mission took around 10 minutes, said WVLT.

“If we can help save a life, animal or human, we’ll do what we can do,” said Allison, according to WVLT.

Russell, who has previously rescued animals, decided to take home the kitten. She described the kitten as “wiggly and in good spirits,” WVLT reported.

And she gave her a fitting name to commemorate the ordeal: Pepsi. 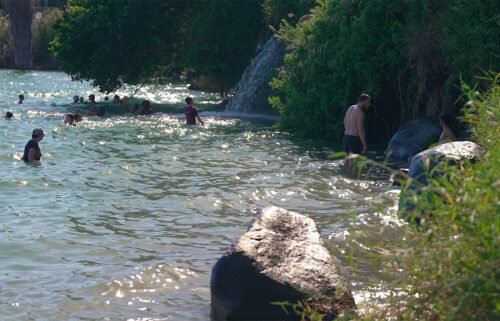