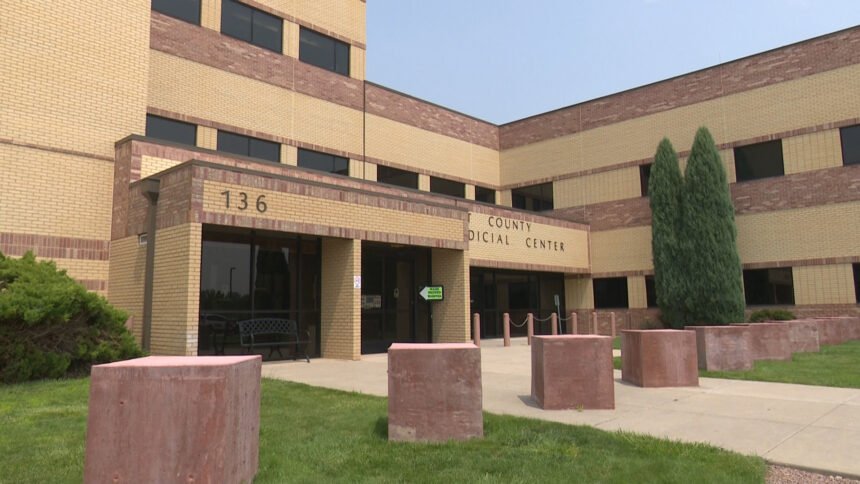 FREMONT COUNTY, Colo. (KRDO) -- The Fremont County District Attorney overseeing the Barry Morphew case says the office will no longer show up for court on Mondays for the remainder of 2021. Multiple Defense Attorneys are calling it an unprecedented move and are concerned the elected official is not doing the job voters put her in office for.

Three separate defense attorneys tell 13 Investigates if the DA's office is going no-show on Monday hearings, they will ask for their cases to be dismissed.

However, 11th Judicial District Attorney Linda Stanley tells 13 Investigates she's not doing anything wrong and is well within her rights as the District Attorney to chose not to appear for court hearings on Mondays in one specific Fremont County courtroom.

“(I'm) shocked," said Defense Attorney Jeremy Loew. "I don’t think a DA gets to inform the courts which days they will or will not be showing up to court.”

Loew's client was scheduled for a sentencing hearing regarding an alleged DUI on Monday, August 2nd. Before the hearing, he learned prosecutors would not be attending.

Loew is one of several defense attorneys who received an email from District Attorney Stanley informing them of her plans.

Well over a month ago, I began not accepting court dates on Mondays in Judge Robak’s courtroom.  When she inquired as to why, I told her we needed an office day to resolve cases because she is the only court in the entire district that had court five days a week ...  I discovered that Judge Robak still put cases on Monday's docket. Just so you are all aware, no district attorney will be there.  You are welcome to come to the second floor to the office and speak with one of us about the case, etc., but we will not be present in the courtroom today or any other Monday through the end of the year.

Loew has filed a motion to dismiss his client's DUI case. In the motion, Loew argues the DA chose not to fulfill her duties as an elected member of the executive branch.

“We need an office day to resolve cases,” said Stanley. “[Judge Robak] said I had to approve it with the court and I said I do not need to approve it with the court. I was letting the court know. Just like in any case when the judge asks the attorney to set something out the judge will ask them 'Is this day OK with you? Can you be here on this day?' So I was letting her know.”

Stanley says if her office does not receive an office workday, cases will continue to backlog. The District Attorney says a backlog existed prior to her tenure, and the problem only worsened with the COVID-19 pandemic.

As for Jeremey Loew's case, Stanley says she is unaware of a motion to dismiss, and her office didn't need to be present for the August 2nd sentencing hearing.

“He had his plea paper work ready that day, so a DA did not need to be there for that," said Stanley. "It was ready to go everyone was okay with that.”

13 Investigates reached out to multiple legal experts throughout southern Colorado who say having a prosecutor present for a sentencing hearing, even if a plea agreement has already been signed off on, is the best practice but each case is different.

Stanley says a majority of defense attorneys don’t have a problem with the self-appointed office day, and the public defenders in Fremont County support her decision.

“Judge Robak needs to be reasonable with the attorneys in her courtroom," said Stanley. "It’s not just the DAs. It’s the defense attorneys as well that are asking for some kind of days [for office days.]”

A spokesperson with the Colorado Judicial Department says the court asked DA Stanley to come up with a scheduling plan if she is going to miss Mondays, but she has not submitted one.

Until then, Judge Robak plans to continue scheduling hearings five days a week including Mondays.

“I was told the Monday I wasn’t there, she reset (the hearing) for another Monday," said Stanley. "It’s almost like she is purposefully trying to make things as worse as possible, instead of saying I’m not going to set things on Mondays until we get things resolved. That would’ve been the adult thing to do.”

When we asked the Colorado Judicial Department if Stanley or the 11th Judicial DA's office could face any repercussion, the spokesperson said he doesn't know.

Editors note: This article has been updated to include the cause of the backlog case load. The District Attoney's office inherited a case backlog from the prior administration that only worsened during the COVID-19 pandemic, according to 11th Judicial District Attorney Linda Stanley. The article was also updated to include Stanley's reasoning that they DA's Office were not required to attend the August 2nd sentencing hearing involving Jeremy Loew's client. Stanley said the DA did not need to be present because the paperwork associated with the plea agreement was already completed and signed off on by the state and defense.