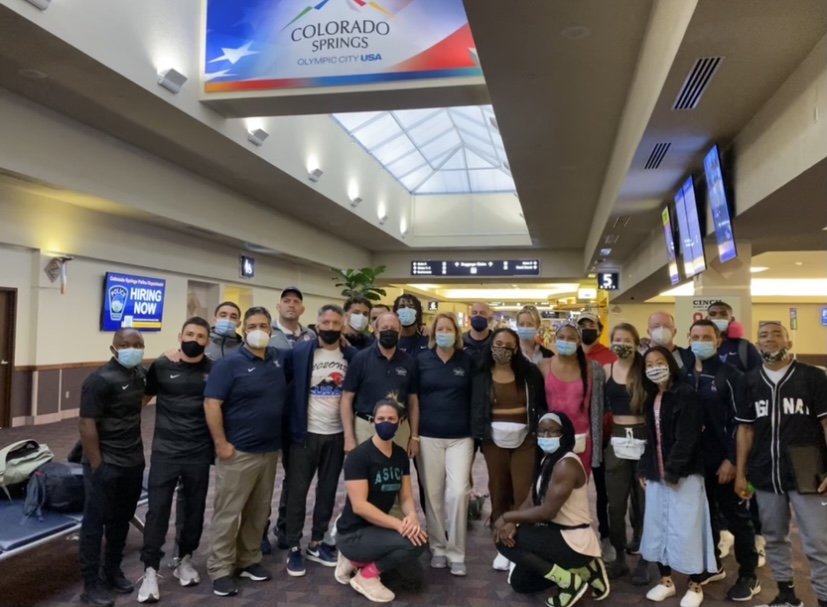 COLORADO SPRINGS, Colo. (KRDO) -- Mayor John Suthers helped send-off U.S. Olympic Wrestling Team athletes, coaches and staff heading to Tokyo, Japan this morning at the Colorado Springs Airport just six days before the Olympic Games Tokyo 2020 will begin. The 21-member group on the flight will meet up with the rest of the team in Chicago before boarding a final flight to Japan.

The following U.S. Olympic Team members were on the United Airlines flight out of Colorado Springs:

All of the wrestlers have been training in Colorado Springs at the U.S. Olympic & Paralympic Training Center over the last few months and have local ties to the Pikes Peak region: