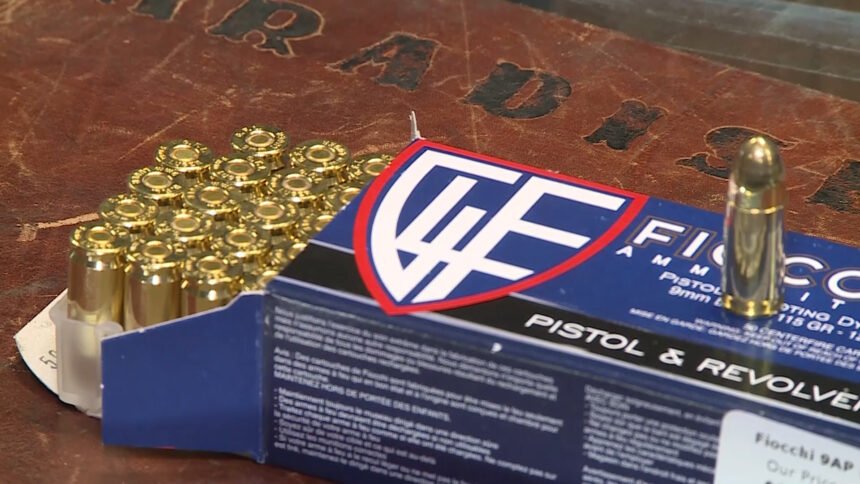 EL PASO COUNTY, Colo. (KRDO) -- As the country continues to see a shortage of ammunition for firearms, Colorado law enforcement agencies are struggling with getting ammunition for officers and deputies.

Multiple agencies in Southern Colorado tell KRDO shipments of ammunition have been delayed several months. Commander Jon Hudson, with the Monument Police Department, says at the beginning of each year they set their budget for ammunition. Typically it is delivered from their manufacturer a few weeks after it is ordered, but that's not happening this year.

“The ammunition company could not give us a delivery date and they said you can expect it probably the end of summer or last half of the year,” Hudson says.

Monument Police conduct firearms training and qualifications in the summer when the weather is better. Now, Hudson has concerns that if their ammunition orders keep getting delayed, “That’s going to push back our training or drastically reduce the hours of our training.” Training that needs to be done every year.

“It’s not like not riding a bike for a year, you’re able to jump back on," Hudson says. "These are perishable skills that we take very seriously and the state of Colorado takes very seriously.”

This isn't happening with just one specific type of ammunition but with all different calibers across the board, from pistols to rifles.

The El Paso County Sheriff's Office is experiencing a similar situation. Jacqueline Reed, a spokesperson for the Sheriff's Office, says they are seeing delays in deliveries but have an adequate inventory for training at this time.

The Teller County Sheriff's Office told KRDo the same story. Sheriff Jason Mikesell said their manufacturer cost has tripled. Since they also set their budget at the beginning of the year, it's possible there may not be enough in the budget to purchase the ammo. Sheriff Mikesell also says they've had to go through other manufacturers to get ammunition.

Gun stores in Colorado Springs say the shortage began in mid-2020, shortly after COVID-19 restrictions were first implemented. Since then, gun and ammunition sales have skyrocketed.

According to the Colorado Bureau of Investigation, there were 342,439 gun sales in 2019. In 2020, there were 501,342 gun sales with background checks taking multiple days to go through.