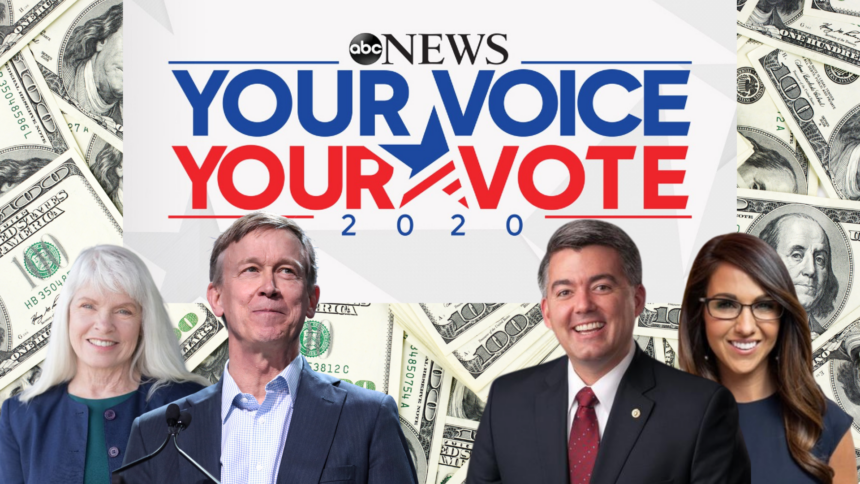 Some groups are looking to gain or keep control of the House or Senate. Others have specific interests like gun control. Some contributors' motives aren't so obvious, though.

According to the Center for Responsive Politics, incumbent Republican Sen. Cory Gardner's top contributor, as of Tuesday, is the Votesane PAC. Based in Virginia, it claims to be a non-partisan group promoting political participation. However, it's recipients are mostly Republicans and many of its donors come from the real estate industry.

The University of Colorado also contributes to Hickenlooper's Senate campaign. And the University of California comes in a close third for Hickenlooper's campaign contributions. Though the money isn't likely coming from the schools themselves. According to the Center for Responsive Politics, "Political donations from the education industry largely come from individuals associated with various institutions, as universities and schools typically cannot form PACs."

Republican Lauren Boebert is running to represent Colorado District 3 in the U.S. House of Representatives. District 3 includes Pueblo and the rural western slope. One week out from the election, her top contributor is Cusumano Real Estate Group, which is based in Burbank, California.

The Democratic challenger for Colorado's Congressional District 3, Diane Mitsch Bush, receives campaign funds from Alphabet Inc., Apple Inc., and Amazon.com. All are based in California.