COLORADO SPRINGS, Colo. (KRDO) -- Elected officials in Colorado are speaking out publicly about delivery and funding issues facing the United States Postal Service as preparations are underway for mail-in election ballots to be delivered statewide.

Colorado Secretary of State Jena Griswold said this week that President Donald Trump is undermining the safest way for voters to cast ballots during the COVID-19 pandemic. President Trump says he opposes much-needed funding for the USPS because he doesn't support mail-in-voting.

“The President stated that he’s withholding U.S. Postal Service funding to prevent vote by mail. This is voter suppression. It’s voter suppression to undermine the safest method to vote during a pandemic, and force Americans to risk their lives to vote. Colorado’s election model is the nation’s gold standard, and we use both mail ballots and ballot drop boxes. Our use of drop boxes is even more crucial as the U.S. Postal Service is under attack," Griswold said.

Griswold did say on Friday that she is confident Coloradans will be able to successfully cast ballots by mail.

USPS officials in Colorado said on Friday that are "fully committed to fulfilling our role" in the election process.

“Our best estimates are that election mail will account for less than 2% of all mail volume from mid-September until Election Day," USPS spokesperson James Boxrud said.

Boxrud added that the postal service has the capacity to deliver all election mail securely and on-time.

"We have delivery standards that have been in place for many years. These standards have not changed, and despite any assertions to the contrary, we are not slowing down Election Mail or any other mail.  Instead, we continue to employ a robust and proven process to ensure proper handling of all Election Mail," Boxrud said.

One of the biggest elections for Coloradans in November is the US Senate between Cory Gardner and John Hickenlooper. Both candidates have won previous elections where a majority of voters have cast ballots by mail.

On Friday, Hickenlooper took aim at the Trump administration's handling of USPS funding and touted the success Colorado has had by utilizing mail-in-voting.

"The post office should not be political. Voting by mail should not be political. We've proved that it works here. It's cheaper. It's more reliable. We have high turnouts. And in COVID, it's safe," Hickenlooper said. "So now, Trump is actually slowing down the whole postal service. What about people that have prescription drugs that are maybe not going to get their drugs in time? What about rural Colorado and the impact that will have on the rural parts of our state? It makes me want to pull my hair out."

His opponent, Senator Gardner, was in Colorado Springs Friday for a business roundtable. Gardner said he is supporting a bill to provide over $25 billion in funding for the USPS.

"Colorado has done a great job with mail-in-voting. I am very pleased and proud of the way Colorado has worked over the last six years implementing it's election system. We've protected our elections. They've been transparent," Gardner said. "I reach out regularly to every county clerk across the state of Colorado to ask what they need and to make sure they have the resources they need. But I don't think Washington DC should be forcing a state to carry out an election the way Washington wants. That's up to the state in terms of how they do it."

Colorado Senator Michael Bennet sent a letter urging U.S. Postmaster General Louis DeJoy to provide answers regarding reports of recent changes to long-standing practices at USPS that would result in increased delivery times and costs for election mail and urged him not to take any further action that makes it harder and more expensive for states and election jurisdictions to mail ballots.

Congressman Doug Lamborn, who represents Colorado's fifth district, did not directly address the mail-in-voting concerns but did provide this statement about USPS.

“The establishment of the United States Postal Service is enshrined in the Constitution. The United States Postal Service is essential and plays a vital role in the delivery of mail, parcels, medicine for our veterans, and offers key services such as money orders and passports. The USPS has been running up a massive deficit, and in 2019, the nonpartisan Government Accountability Office calculated that the Postal Service had $160.9 billion dollars in debt. A major reason the post office is struggling is due to their bloated pension plans resulting in $119.3 billion dollars in debt, in addition to an increasing focus on digital subscriptions and emailed coupons. However, it is important to note that there are no ongoing efforts to defund the post office. The President’s Task Force on the United States Postal System has established guidelines and potential fixes, which include reforms that focus on filling in gaps left by the private sector. We must work to remove business model caps and reduce service costs. I encourage all citizens of the Fifth Congressional District of Colorado to continue to utilize the United States Postal Service.” 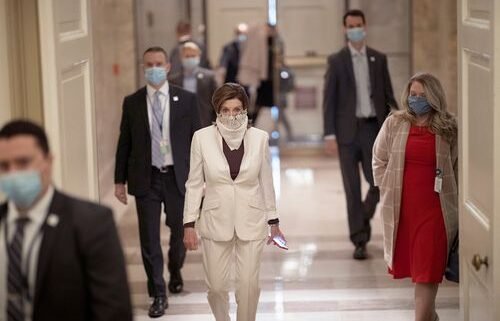