COLORADO (KRDO) - As people gear up for Independence Day weekend, we reached out to local health departments to find out the current state of COVID-19 in Southern Colorado.

The El Paso County and Pueblo departments of public health told KRDO the number of reported cases in both areas have risen steadily over the last month, but the number of cases who have been hospitalized is remaining fairly stable, meaning less vulnerable people are contracting the disease.

Both departments also noted that many of the people getting COVID-19 are contact tracing back to a higher number of people than previous patients -- as the economy continues to open up. That means the risk of exposure has grown in recent weeks.

Director of Pueblo Public Health, Randy Evetts, said he and his colleagues think case numbers will spike again after this weekend.

"Anytime we start putting this many people together, we would expect the numbers to go up," he explained.

Evetts said he also thinks case numbers could rise because some people don't want to follow the set guidelines.

'There's a lot of people who decided that they're not going to wear a mask, and that is concerning," he said. "I think there's a false sense of security that this pandemic over somehow or it’s not going to impact CO because our numbers have been relatively minor."

Evetts said everyone should wear a mask, as long as you don't have some kind of medical condition that hinders your ability to.

The highest number of cases in a single day in Colorado happened on April 24, with 994 cases. Cases quickly dropped to the 700's the following day and then the 400's and 500’s rounding out the month of April.

While case numbers over the month of June have been relatively low in Colorado -- mostly in the 100 and 200 range -- this past weekend brought the month's highest single day case counts at 324 (Saturday) and 317 (Sunday). 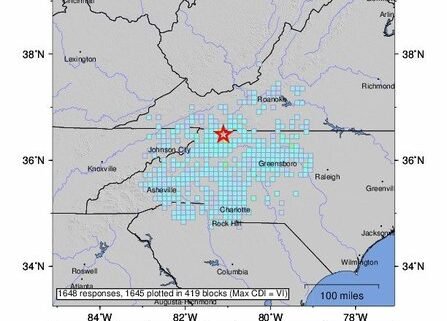