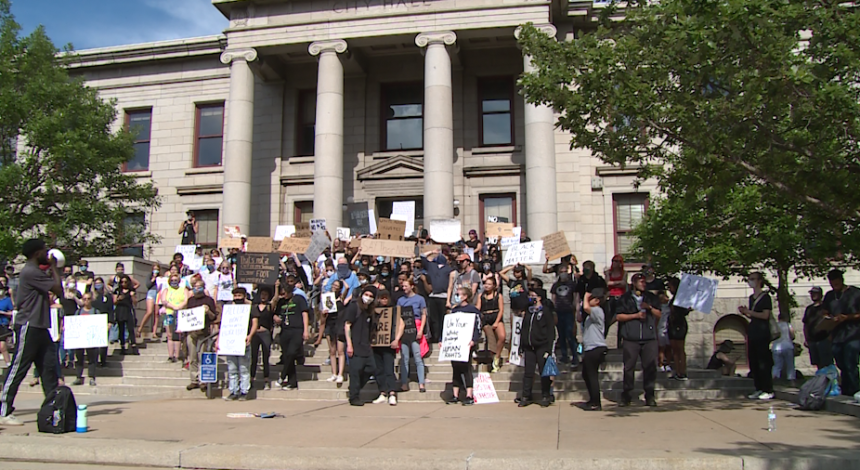 COLORADO SPRINGS, Colo. (KRDO) - After four consecutive days of peaceful protests followed by four nights of officers forcibly dispersing the crowd due to violence -- we talked to demonstrators to see how they think the late night violence is affecting their message.

Protester Sarah Switzer told me people need to stop looking at the violence through what she calls a privileged lense.

"I think deep-seated anger will make people do things that are not necessarily always peaceful," she said.

She related the situation to the simultaneous MLK and Malcolm X protests in the '60s, saying the violence we're seeing late at night here and across the country is unfortunate but perhaps a necessary part of the protest process, making clear how serious the situation really is.

But some of the other people gathered at City Hall and Acacia Park on Wednesday tell KRDO they're worried the late-night throwing of rocks and bottles at police is tainting their message.

"Their frustration is valid but the method they’re doing is a distraction. It is defecting away from the message we’re doing here, which is about peace, which is about respectfully asking for things to change in legislation," Shanet Reed, a local school teacher, said.

"You already know this? Why would you stay?" another protester, Chineta-Lynn said. "Come back tomorrow, you can make your point again."