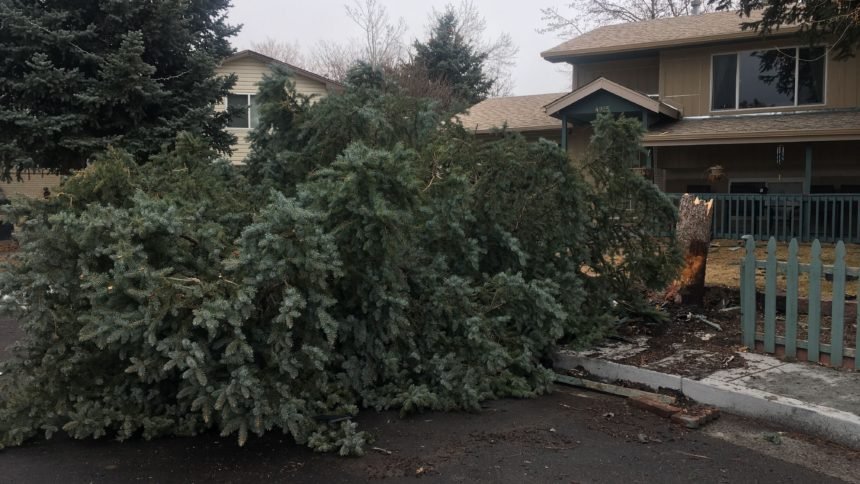 COLORADO SPRINGS, Colo. (KRDO) -- Another Aurora police officer is making headlines for driving suspected under the influence, but this time, the investigation started with a crash into a tree in Colorado Springs early Tuesday morning.

According to the Colorado Springs Police Department, officers went to the area of 4900 Montebello Drive to find a single-vehicle crash. A report from CSPD says a neighbor's doorbell camera caught the vehicle speeding before hitting a tree head-on.

CSPD said the driver was transported to a hospital, and a department spokesperson tells us he was served and released for driving under the influence.

The driver was identified as Aurora police officer Jaired Dozier. A mugshot wasn't taken because he wasn't booked into jail.

The homeowner, Jesus Porras, whose home was nearly hit said, "he said, 'I'm a cop I'm a cop, don't call nobody!'"

Two of his surveillance cameras show the officer's car traveling at a high speed, hitting a Honda Accord in the cul-de-sac, before running into the tree on Porras' lawn.

The owner of the Accord, Jerry Villagrana, believes his car served a ricochet preventing the officer from hitting Porras' house directly.

"I'm glad car was there to stop from going into the house," Villagrana said.

Neighbors in the cul-de-sac are left to clean up the mess. Porras' tree is split in half, and sitting outside his driveway until he finds someone to haul it away.

"We spend a lot of time out here cause I love the shade of my trees in the summertime and now look it's gone," Porras said.

This is the latest issue involving Aurora police officers after a body camera video showed one officer drunk behind the wheel in his car -- he was never officially charged. Another Aurora officer pleaded guilty to DUI back in January and was sentenced to 20 days in-home detention.