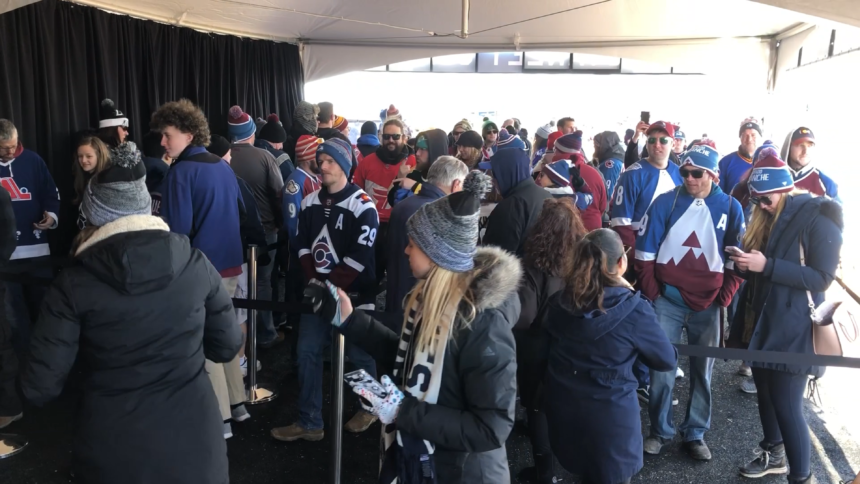 AIR FORCE ACADEMY, Colo. (KRDO) -- Saturday night’s game at Falcon Stadium is an event fans have had circled on their calendars for months — the Avalanche are playing in Colorado Springs for the first time, and in an outdoor NHL game for just the second time in franchise history.

The Air Force Academy hosted the match-up between the Avs and the Kings, which sold out quickly. It wasn’t surprising that the 45,000 fans who bought tickets showed up at least five hours early.

“It’s part of being an Avalanche fan. You’re out here. It’s Colorado. Look around us. It’s beautiful,” said one Avs fan from Parker.

The game means a lot to Avalanche fans from Colorado Springs who don’t have to travel to Denver for Saturday's big game.

Thousands of Kings fans even made the trip all the way from Los Angeles.

“We love hockey!” said one pair of Kings fans at the pregame festival outside Falcon Stadium.

The Los Angeles locals were only out-traveled by other hockey purists, such as one fan who came all the way from Portland for tonight’s game.

No matter where they came from, fans are well prepared to take over the Air Force Academy Saturday.

Saturday's match-up is the first NHL outdoor game at Falcon Stadium. It’s the last outdoor game for the league this season.

In each of the last three years, a team participating in an NHL regular season outdoor game has advanced to the Stanley cup final. It’s also the highest altitude outdoor NHL game ever played.