Ever since last year, nothing has grabbed economists’ attention as much as the whipsawing evolution of the US-China trade war. Just last week, the IMF downgraded its global growth forecast for 2020, citing trade and geopolitical tensions.

But economic forecasters are misunderstanding the primary cause of the current global slowdown, which means that they’ll also miss what’s coming next.

In hindsight, it’s clear that actual global industrial production growth started slowing at the end of 2017. In other words, the year-over-year pace of increase in the world’s total industrial output began a sustained decline in late 2017. That’s the definition of a global industrial slowdown.

In this case, while the global manufacturing PMI also started easing at the end of 2017, its decline didn’t become evident until a few months into 2018, when the sustained nature of the downturn became increasingly difficult to dismiss as meaningless “noise.” Coincidentally, that’s just about when President Trump began his trade war, slapping tariffs on washing machines and steel and aluminum imports. Because the trade war was front and center, economists thought it was to blame for the drop in PMI and global industrial growth.

Obviously, the trade war has hurt global growth. But it’s important to understand that it didn’t cause the global slowdown. We know this because growth in the Economic Cycle Research Institute’s leading indexes of global manufacturing — designed to foretell directional changes in both the global industrial production growth cycle and the global manufacturing PMI — started heading lower in mid-2017, well before the trade war started. So the cyclical downturn in global industrial growth was already taking shape in 2017. The trade war — starting up in 2018 — just piled onto that downturn.

Most believe that economic growth just hums along until some identifiable cause makes it veer away from its “normal” course. In contrast, our research reveals an underlying economic cycle that makes economic growth swing from strength to weakness and back again. When that happens, people tend to credit or blame salient events, furnishing easily understood narratives to explain cyclical swings caused primarily by the deep drivers of economic cycles. But, in reality, it was these underlying drivers of economic cycles — including higher interest rates and oil prices — that induced global industrial growth to start ebbing in late 2017 before there was any trade war.

The consensus view usually reflects what’s already happened, meaning that it’s also reliably behind the curve. The IMF’s global GDP growth forecasts have always been downgraded whenever actual global GDP growth has downshifted from the previous year. The same pattern holds when growth sees a cyclical upturn. A case in point is 2016-2017, when growth began turning up before President Trump was elected.

Such moves are commonly credited to or blamed on prominent people and events.

Make no mistake, the US-China trade war, in particular, is already having a profound impact on the world economy, spurring a long-term restructuring of supply chains, for example. But underlying cyclical forces can turn up regardless of what presidents Trump and Xi Jinping of China decide, and when.

Looking ahead, that means at some point global growth can revive even without the trade war ending. Even so, the recovery will be credited, as always, to the prominent events of the time. 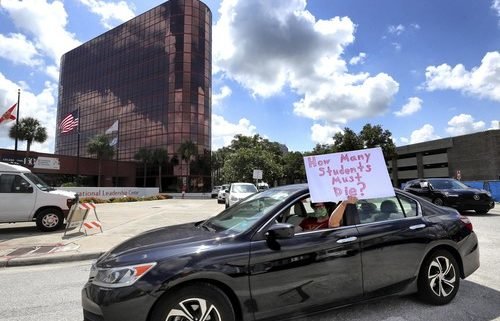