The religious and cultural divide between Democratic and Republican voters is widening, pointing toward even greater partisan polarization and social tension as the nation careens into a possible impeachment vote against President Donald Trump and potential record turnout in the 2020 presidential election.

An extensive national study released Monday by the nonpartisan Public Religion Research Institute showed that voters in each party now hold antithetical views not only on issues that dominate the immediate political debate — such as health care and impeachment — but also on deeper changes in the nation’s demography, culture, race relations and gender roles, according to detailed results the institute provided to CNN.

“It’s not just politics — it goes all the way down to perceptions of culture and how things are shifting,” Robert P. Jones, the institute’s founding CEO, said Monday in a briefing while releasing the results.

This separation in attitudes is rooted in an even deeper divergence between the two sides: While whites who identify as Christians still represent about two-thirds of all Republicans, they now compose only one-fourth of Democrats, according to results provided by the Pew Research Center from a new study it released last week. Americans unaffiliated with any religion, and racial minorities who identify as Christians, now each make up a bigger share of the Democratic coalition than white Christians do, Pew found. Both groups remain only relatively minor components of the GOP coalition.

Heading into the 2020 election, the religious landscape thus presents the same complex political dynamic as many other measures of change such as racial diversity, education levels and the transition to the information-age economy.

On the religious front, just as in those other arenas, the groups that favor Democrats are clearly growing. Not only have the religiously unaffiliated expanded since 2009 from about 1 in 6 to 1 in 4 adults, but the share of Americans who ascribe to non-Christian faiths, a group that also leans strongly Democratic, has edged up from 5% to 7% of the population over that time, Pew found. Simultaneously, white Christians have fallen as a share of all American adults — from just over half in 2009, according to Pew and other data, to around two-fifths today.

The challenge for Democrats is that their potential gains from the growing groups are being muted by an increasing tilt toward the GOP among the groups that are shrinking, in this case whites who identify as Christian. (The same dynamic is evident among other contracting groups such as whites without college degrees.) The combined result has left the parties on something of a treadmill, as Republicans offset at least some of the demographic change that benefits Democrats with improved performance among the key groups of shrinking white voters.

Trump has accelerated the trends on both sides of that equation, consolidating the GOP’s position among blue-collar, older, non-urban and evangelical whites at the price of sparking intense resistance among younger, white-collar, nonwhite and metropolitan voters.

For most of American history, white Christians represented a majority of the population; as recently as 1991, they still constituted about three-fourths of all adults, according to results in the annual General Social Survey from the National Opinion Research Center. But as America has grown more racially and religiously diverse, and more secular, white Christians fell below majority status of the population for the first time sometime between 2010 and 2012, according to the National Opinion Research Center data. White Christians compose just 41% of the adult population in the latest Pew data (which combines nearly 170,000 survey interviews from 2018 and 2019).

The movement has been even sharper among white evangelical Protestants. Their share of the overall population is also shrinking: It fell to 16% in the latest Pew results, down from 19% in 2009. In 2009, they were about twice as likely to identify as Republicans (61%) as Democrats (30%), according to figures provided by Gregory Smith, Pew’s associate director of research. Today 75% of white evangelicals call themselves Republicans, while just 19% identify as Democrats, a ratio of nearly 4 to 1.

The Democrats’ religious profile could not be more distinct. White Christians now make up only 25% of Democrats, Pew found, down sharply from 40% in 2009. (White evangelicals compose only 7% of all Democrats.) Today, a larger share of Democrats in the Pew results are either not affiliated with any religion (34%) or are nonwhite Christians (30%), Pew found. Another 9% of Democrats adhere to non-Christian faiths. In each of those three latter cases, that’s about double the share of Republicans in those categories.

Mirror images on the issues

The new Public Religion Research Institute study, its annual American Values Survey, underscores the implications of a reconfiguring partisan alignment. Democrats rely on voters who reflect the nation’s growing racial and religious diversity, while the contracting population of white Christians — especially white evangelical Protestants — tilt more toward the GOP as a vehicle to protect values and a vision of America that they believe is under siege from the forces of change.

To map the divide between these two coalitions, the Public Religion Research Institute at my request ran the results for some of the survey’s core questions among voters who approve and disapprove of Trump’s performance in office. (In all 39% of adults approved of Trump’s performance while 60% disapproved.) Across the key changes reshaping American culture, the two groups rendered almost inverse verdicts.

The divide between the two sides was even more pronounced on issues relating to race. Fully 68% of those who approve of Trump agreed that “Today, discrimination against whites has become as big a problem as discrimination against blacks and other minorities.” Three-fourths of those who disapprove of Trump disagreed with that sentiment. Over three-fifths of Trump approvers agreed with the harshly phrased sentiment that “Immigrants are invading our country and replacing our cultural and ethnic background.” Four-fifths of voters who disapproved of Trump rejected that sentiment.

At the heart of these contrasts are the inimical views of white evangelical Protestants and religiously unaffiliated Americans (of all races), which now arguably represent the core of each party’s coalition.

White evangelicals stand out for their staunchly conservative positions on virtually every aspect of demographic and cultural change. Other white Christians appear more conflicted, though on balance they also lean slightly toward the right.

A majority of both white mainline Protestants and white Catholics did reject the ideas that society is too soft and feminine, that it punishes men and that immigrants are “invading” America. But a narrow majority of each say socialists have taken over the Democratic Party. A solid majority also reject the notion that racists have captured the GOP, and majorities support an array of Trump-style policies on immigration, including reducing legal immigration, building his proposed wall across the Southern border and temporarily banning immigration from Muslim countries. Nearly three-fifths of white Catholics and just over half of white Protestants also believe discrimination against whites is as much a problem as discrimination against minorities.

Still, a majority of white mainline Protestants and (especially) white Catholics say Trump has damaged the dignity of the presidency, and both groups divide about in half on whether they approve of his performance in office (with white Protestants slightly more positive than the Catholics).

Changes most striking among youth

Though both groups have been shrinking, their future allegiance looms as a critical near-term factor in national politics, particularly given their prevalence in the Rust Belt battlegrounds that remain at the tipping point of presidential elections.

Still, the long-run threat to Republicans clearly emerges from these new studies: The party, especially as defined by Trump, faces huge resistance among the groups that are growing in society, while the groups most drawn to his racial nationalism — such as white evangelicals — are shrinking. Today, per the Pew findings, there are about four white Christians for every three adults who are either unaffiliated or practice a non-Christian faith. As recently as 2009, there were more than seven white Christians for every three adults in those other two categories.

Given that pace of change, it’s an open question how long Republicans can rely on the Trump strategy of squeezing bigger margins from shrinking groups. On most key measures, from racial diversity to the shift away from Christian faiths, the changes reshaping America are more pronounced among the youngest generations. Among adults younger than 30, only 1 in 4 are white Christians, the Public Religion Research Institute found, with the religiously unaffiliated and those who practice non-Christian faiths accounting for nearly half and non-white Christians making up the remaining fourth.

That means that if Republicans can’t make more inroads with the diverse groups that are growing, they will constantly need bigger margins from their diminishing white groups just to stay in place. As Jones, of the Public Religion Research Institute, noted in an email, “Republicans look about like 65-year-old America or about like America did back in the mid-1990s, while Democrats look about like 30-year-old America or about like [what the] country is going to look a decade from now, if current trends continue.”

This wave of new data on religion and partisan allegiance underscores the broader conclusion that American politics in 2020, and likely for years beyond, promises an epic collision between what America has been and what it is becoming. 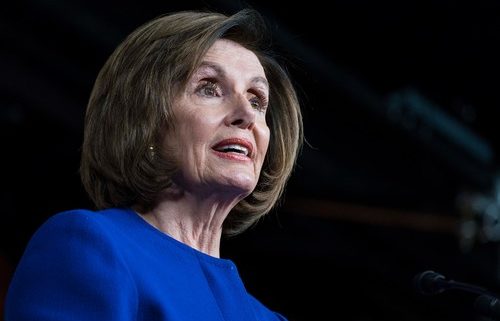