Democratic Sen. Cory Booker, who has made party unity a major theme of his presidential campaign, on Wednesday admonished his rivals for launching “personal attacks” during the fourth primary debate, saying if the candidates cannot stay unified, they won’t be successful in “trying to unify the nation.”

“It’s fine to delineate your differences with other primary candidates. But the way we do it matters. It cannot be personal attacks, tearing folks down, doing so in a way that wounds us as a party,” Booker told CNN’s John Berman on “New Day.” “At the end of the day, we have to show that unity that’s necessary to develop the kind of strength it needs to beat Donald Trump.”

“If we can’t unify the Democratic Party, you’re not going to have a great success in even trying to unify the nation,” the New Jersey senator added.

On Tuesday night, Booker joined 11 other candidates at the fourth Democratic primary debate, hosted by CNN and The New York Times in Westerville, Ohio. The debate was marked by increasing aggressiveness among the different candidates, who are all looking to break out as the contest inches toward 2020. In particular, Massachusetts Sen. Elizabeth Warren faced attacks by a number of her rivals who were looking to take shots at her now that she is a front-runner in the contest. At one point during the debate, South Bend, Indiana, Mayor Pete Buttigieg accused Warren of dodging a yes-or-no question, and Minnesota Sen. Amy Klobuchar accused her of being dishonest.

“Last night (Warren) was more specific and forthcoming about the number of selfies she’s taken than about how (her ‘Medicare for All’) plan is going to be funded,” Buttigieg told CNN’s Alisyn Camerota on “New Day” Wednesday.

Asked if his plan at the debate was to be more fiery, the mayor said that his “strategy was to get a message out about where America is headed and what kind of president we’re going to need — and certainly express that the best that I could on the debate stage.”

Buttigieg added that he “definitely (gets) fired up talking about these issues and making clear where I stand and why.”

Vermont Sen. Bernie Sanders was also engaged in the debate fight, at one point pouncing on former Vice President Joe Biden for legislation Biden had supported and Sanders has opposed over the last three decades.

Booker noted during his CNN interview that “everybody is going to have to defend their record,” but stressed that “we can do it in a way that elevates our party and not divides it.” 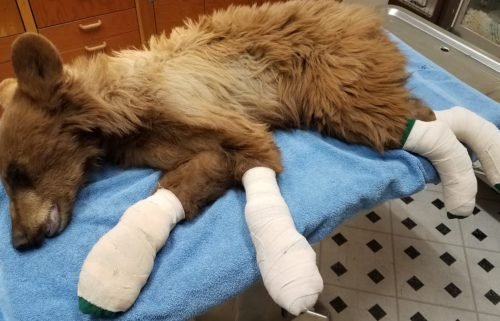