Like many gamers in recent weeks, Nicole DeSantis, 33, from outside Philadelphia, combed through social media sites trying to find insider information on where to get a PlayStation 5 this holiday season. Stemming from the global chip shortage, video game consoles this year are particularly hard to come by.

After successfully scoring a unit from Walmart.com, she’s helped more than a half dozen local moms secure various video game consoles for their children. She also posts tips on popular Facebook groups — such as “PS5/XBOX SERIES — RESTOCK,” which has 27,700 members — on how to find them.

“You definitely need intel to get a console,” DeSantis told CNN Business. “You can’t just get it without.”

More than a year after their initial launches, Sony’s PlayStation 5 (PS5) and Microsoft’s high-end Xbox offering, the Series X, are still difficult to find. The more recently launched Nintendo Switch OLED model, which launched in October 2021, is even harder to find on shelves and online. Restocks of the devices sell out in minutes, and one incident in Harris County, Texas, even resulted in an armed robbery attempt when a 19-year-old man tried to sell his PS5 to a man he met online.

Supply shortages and logistical issues have impacted many industries, including autos and consumer electronics, but the gaming industry has been hit notably hard as it competes with these other sectors for similar parts.

Late last year, Sony (SNY) pulled back on its forecast to produce 16 million PS5 units between March 2021 and March 2022, adjusting the number to 15 million units. Nintendo (NTDOY) and Microsoft (MSFT) both warned customers earlier this month that console sales will be down stemming from the chip shortage.

“We will try our best to meet demand for all of our products, depending on the current situation and any challenges related to shipping and supply chain management,” a spokesperson for Nintendo told CNN Business. “Our goal is to manufacture enough systems to fulfill demand, so that we can satisfy as many consumers as possible.”

Similarly, a Microsoft spokesperson said Xbox Series X|S will continue to be restocked. “We’re working as fast as possible with our manufacturing and retail partners to expedite production and shipping to keep up with the unprecedented demand,” they said. “We recommend checking with local retailers for availability.”

But some shoppers like DeSantis are actively looking for workarounds. For example, Microsoft began offering in mid-November Xbox Series X bundles for “select fans” who received links through their existing Xbox accounts to purchase the package, which included the console itself and a game.

Sony has implemented a similar practice where it began emailing special invites for PS5 restocks based on “on previous interests and PlayStation activities,” according to its website.

“The majority of Walmart+ memberships are probably just people trying to get the PS5 and then going to cancel it after they obtain it,” said DeSantis.

Still, signing up for these services doesn’t guarantee someone will find a console. Bereket Tesfay, 42, from Austin, Texas is one gamer who can’t locate a PS 5 even after paying for subscription services.

“I joined Walmart+, Amazon Prime and GameStop’s Pro membership so I can have an early chance of buying a system — and after a year, I still haven’t gotten one,” he told CNN Business. “I have never in my life seen a console where one year after it came out you can’t just go into a store and pick one up.”

Ameer Assaf, 32, from Flushing, Michigan, runs three different social media pages to help gamers share tips on product availability. In addition to tweeting updates from his Twitter page, he manages a restock group on messaging app Discord and his “PS5 Restock Updates & Alerts” group on Facebook with over 60,000 followers.

“A number of people started playing more video games during the pandemic and became interested in buying or upgrading their existing consoles,” Assaf told CNN Business. “We’re effectively seeing a situation where there is an incredibly high demand coupled with a very low supply. … The PS5 shortage has been the worst one I’ve seen so far.”

He said scalper bots, which quickly buy items to resell at a higher price, are also making it harder for average customers this year.

“I’m particularly excited when parents message me letting me know that my group was the reason they’ll be able to gift a console to their child this holiday season,” Assaf said.

Analysts predict supply chain issues will impact the gaming industry well into 2022 and possibly into 2023. Assaf said he will continue to do his best to help connect consumers with a coveted console.

“As of right now, [my] groups will continue to run until shortages are no longer an issue,” he said. 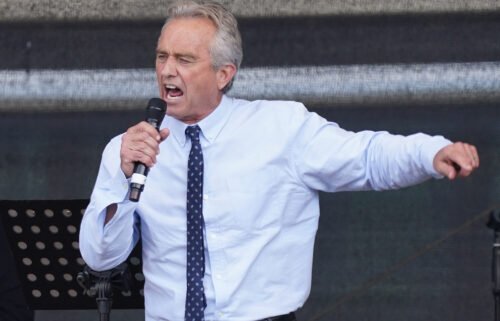