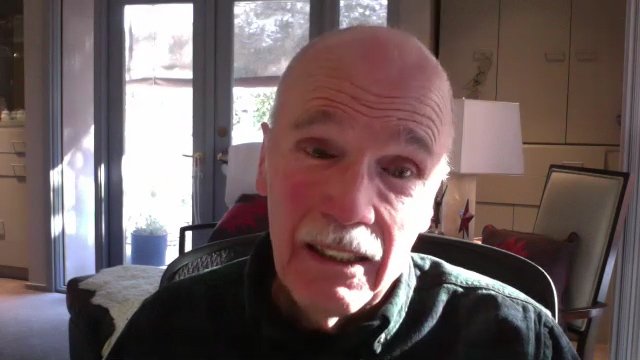 COLORADO SPRINGS, Colo. (KRDO) — When 77-year-old Byron Treaster found out he had the opportunity to take part in Moderna’s COVID-19 vaccine trial, a 50% chance of early immunization was enough to convince him into making the eight-hour roundtrip drive regularly.

“Well I believe in science,” Treaster said. "I do a lot of reading about medicine and pharmaceuticals.”

Treaster is one of about 300 patients enrolled in Moderna's Phase III COVID-19 vaccine trial at the Lynn Institute of the Rockies in Colorado Springs. He felt strongly about doing his part to end the COVID-19 pandemic and said his wife has been supportive of him making the long trips to Colorado.

“She’s a school teacher and has just been heartbroken having to teach children remotely,” he said.

Half of the participants received a real Moderna vaccine and the other half received placebo shots. Treaster is convinced he got the real deal based on his symptoms.

“I had -- for about 36 hours -- periodic headaches; I spiked a fever after the second shot,” he said.

Treaster lives in Santa Fe, New Mexico. He’s done the four-hour drive to Colorado Springs four times here and back. Treaster said it’s been worth it.

“What impressed me about Moderna and Pfizer for that matter, is they slowed down the Phase III trials to get more people of color in the trials,” Treaster said. “So they wanted their cohorts to demographically mirror the United States.”

Treaster has an appointment at the Lynn Institute in March to find out for sure if he got the vaccine or the placebo. He’s not in a rush, though, considering his side effects.

“Let’s put it this way, if I got the placebo and got those side effects, then I am wildly psychosomatic,” Treaster said. “I’ve got a great imagination if that’s the case.”

Treaster said it’s a two-year volunteer program and people can withdraw at any time. He has no plans to withdraw early, though. Treaster said he wants to contribute as much data to the trial as possible.