Most places in the United States with heavy monkeypox caseloads have shifted their vaccination strategies to the Biden administration’s low-dose, intradermal approach — and they are reporting varying results so far.

Some say the shift has stretched their vaccine supply, helping them meet a growing demand for the Jynneos monkeypox vaccine. Others report a hurdle — while the new method should allow for five small doses of vaccine to be extracted from a single vial, they have only been able to extract about four.

The situation “does vary geographically,” Claire Hannan, executive director of the Association of Immunization Managers, wrote in an email to CNN.

About three-quarters of jurisdictions in the United States have shifted to using the intradermal method of administering monkeypox vaccine, Bob Fenton, the White House’s national monkeypox response coordinator, said in a briefing Friday.

“As of today, 75% of jurisdictions are already applying intradermal administration of vaccine, and another 20% are working to move in that direction,” Fenton said.

Hannan shared similar results in her email to CNN based on a recent survey of immunization managers. When asked “Has your jurisdiction implemented the intradermal vaccination strategy?,” 74% of survey respondents reported yes, 3% no, and 24% reported “partially.”

So far, the US Department of Health and Human Services’ Administration for Strategic Preparedness and Response has made a total of 1.1 million vials of Bavarian Nordic’s Jynneos monkeypox vaccine available for free to jurisdictions to support monkeypox response efforts.

In early August, the US Food and Drug Administration issued an emergency use authorization allowing for health care providers to have the option of administering the Jynneos monkeypox vaccine intradermally, meaning between the layers of the skin, rather than subcutaneously, or in the fatty layer below the skin, which had been the typical way the vaccine was injected.

Administering the vaccine intradermally requires a fifth of the dose needed for a subcutaneous injection, allowing providers to get as many as five doses out of a standard one-dose vial.

“It’s a little too early to tell how it’s going to help with the supply meeting demand, but I think logically, you use less vaccine for one person,” Dr. Emily Volk, president of the College of American Pathologists, told CNN.

“This is a dose-sparing approach, so it’s going to allow for the doses that we do have to be usable for many more people. So, to me that is very positive and I am actually heartened that the public health community is thinking outside the box,” she said. “It also buys time to make more vaccine.”

The City and County of San Francisco, New York City, Fairfax County in Virginia, Cook County in Illinois and Dallas County in Texas are just some of the places with a high number of monkeypox cases that have switched to administering vaccine intradermally.

The San Francisco Department of Public Health wrote in an emailed statement to CNN that the US Centers for Disease Control and Prevention and the California Department of Health have provided guidance on how to switch to the intradermal technique “as a safe and effective way to vaccinate more people, as well as a requirement to receive additional vaccine allotments.”

The statement added that switching to a new technique “takes time.”

After New York City adopted the new intradermal vaccination strategy last week, it announced that it would make more than 12,000 new appointments available to the public for people eligible for vaccination who haven’t yet received a first dose.

“As we continue to see a scarcity of federal supply of monkeypox vaccines, we must adapt to provide a range of options to those who are vaccine-eligible, and to do so in an equitable way,” Health Commissioner Dr. Ashwin Vasan said in part in a news release last week.

In most places, monkeypox vaccine is available for those who are considered to be at an increased risk of being exposed to the virus, including men who have sex with men.

But in the state of Virginia, vaccine eligibility was expanded last week and now includes all people, of any sexual orientation or gender, who have had anonymous or multiple sexual partners in the last two weeks as being eligible to receive the monkeypox vaccine.

The intradermal or ID method of administering vaccine is expected to help provide monkeypox vaccinations to this broader group of eligible people, Lucy Caldwell, a spokesperson for the Fairfax County Health Department, wrote in an email to CNN.

The Virginia Department of Health “expanded eligibility so we do anticipate that there may be additional demands; the ID method will help us to meet the demand,” Caldwell wrote.

The expanded eligibility was announced last Monday and the shift to vaccinating people with an intradermal injection started Wednesday.

‘We have more vaccine available now’

In Dallas County, monkeypox vaccination eligibility was expanded to include adults who had been diagnosed with HIV, chlamydia, gonorrhea or early syphilis within the past 12 months or are on HIV pre-exposure prophylaxis.

The county also had switched to the intradermal injection strategy — and in a county where supply previously couldn’t meet demand, now there appears to be a dwindle in vaccination demand and some improvement in supply.

“We have more vaccine available now. We expanded the criteria, and the calls are slowing down a little bit. So, we have more appointments available now,” Dr. Philip Huang, director of the Dallas County Health and Human Services Department, told CNN.

“They’re not all getting filled in,” he said about the vaccination appointments. “We’re having more no-shows.”

Huang added that he was not surprised by the small drop in demand, as with most vaccination campaigns, there is an immediate high demand among the public to receive the vaccine and then that demand drops off over time.

“We’ve seen it before, even with Covid vaccines, certainly,” Huang said.

“Early on, you get the ones who really want it and then after that there are people who aren’t so anxious perhaps to get it that might still be at higher risk. So, it is sort of this fluctuation in supply and demand,” he said. “Now that we’ve had more of the doses available — and again, with the five doses per vial — it stretches out how many people can be served with each vial.”

But some local health officials have reported not being able to extract five doses per vial.

Getting all five doses

Dr. Sharon Welbel, an infectious disease physician and the system director of hospital epidemiology and infection control at Cook County Health in Illinois, told CNN that she has been in meetings with public health officials in other cities who reported that they haven’t been able to get five doses out of the vials, but she said every one of her vaccinators has been successful pulling five doses per vial.

“So far, we’ve been able to get the five doses,” Welbel told CNN.

In some other regions, like Fairfax County in Virginia, vaccine administrators have not been able to extract all five doses.

“Our staff have been trained and are getting between 4-5 doses (so far) from a vial. Most typically, 4,” Caldwell wrote in her email about Fairfax County.

“To reduce wastage, we are managing our appointments at our health department district offices in multiples of 4 to match the expected doses from a vial. At our larger vaccine clinics, we are managing the number of open vials to also reduce the chance that there is significant wastage at the end of a clinic day,” she wrote.

Once a vial of Jynneos monkeypox vaccine is punctured, it expires after eight hours and has to be discarded, according to the FDA’s emergency use authorization.

“We also are communicating with partners to whom we have redistributed vaccine to encourage approaches to managing their appointments that will reduce potential wastage,” Caldwell wrote.

Overall, the switch to an intradermal injection method “is stretching supply,” but not every vial is yielding five doses, wrote Hannan of the Association of Immunization Managers, who has been hearing that most vaccine administrators are extracting about three to five doses per vial.

“It’s not an easy thing to change how a vaccine is administered and how it is extracted from the vial. Need to have the right needles and some experience to get the 5 doses,” she wrote.

The CDC is aware that providers might not be able to extract all five doses out of a vial and allocating vials accordingly, Dr. Rochelle Walensky, director of the agency, said in a White House briefing Friday.

“These vials may contain up to five doses,” Walensky said, adding that the CDC recognizes that not all providers will be able to get five doses out of every vial.

“We also recognize that in some situations, they may be only able to use a single dose from that vial, because it’s administered to a child or to somebody who has a keloid reaction,” she added. “We have built in a buffer as we’ve been allocating and distributing to rest-assure that people are getting the doses they need, without anticipating that every single one is going to get five doses of a vial.”

Keloids are scars on the skin, which can occur after vaccination, and typically occur in darker skinned individuals with a familial history.

The opportunity that the smaller shot has given to the city of Chicago to vaccinate more people was a great motivator for switching to the intradermal method, Welbel told CNN.

“The one thing that I was particularly concerned about was the intradermal technique, because it’s not really a technique that’s used very frequently. So, I wanted to make sure that all of our health care providers who would be giving the vaccine were trained and really demanded that they do a return competency meeting that they can show us that they know how to do it,” Welbel said.

Health care providers practiced on simulation arms and did a good job, she said. For those that didn’t, they weren’t allowed to start vaccinating people until they felt comfortable with the new technique. For those who were not able to master the technique, Welbel said they will not be giving the shots.

The new intradermal strategy has been so successful, so quickly, Welbel said that the city of Chicago has already been able to expand the population of who is eligible for the vaccine — similar to the expanded eligibility in other large cities.

In Chicago, people who are now eligible for the monkeypox vaccine includes anyone who has had close contacts with someone diagnosed with monkeypox regardless of sex, gender or sexual orientation, or sexually active bisexual, gay, and other men who have sex with men and transgender persons. There is no requirement that someone had to have engaged in “high risk behavior” to get the shot.

“What makes me really excited is that we now can offer people pre-exposure prophylaxis. That’s how vaccines are developed for the most part to prevent us from getting disease,” Welbel said. “I think that’s going to be huge in curtailing this 2022 outbreak.” 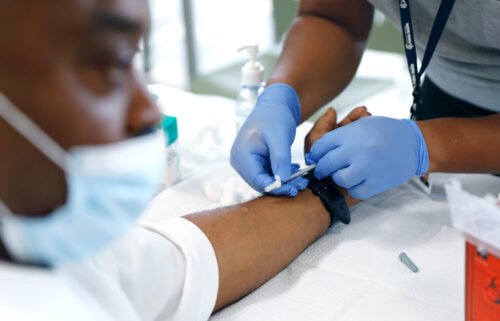 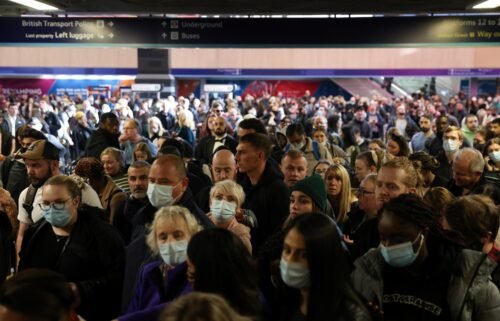 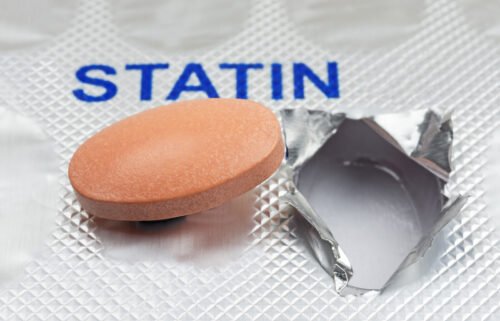 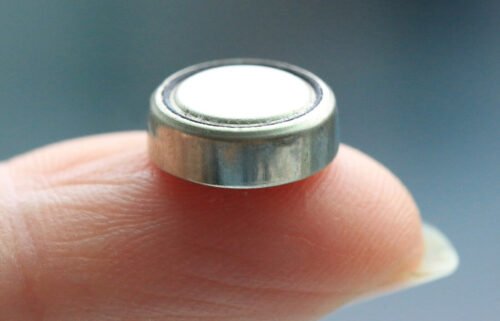