CHICAGO (WBBM) — A rollercoaster ride for dozens of families living in a south suburban hotel after signs went up saying they had to move out because of safety concerns.

But late Wednesday afternoon, they learned they can stay. CBS 2’s Steven Graves reports from Matteson with what changed. The local fire department claimed big problems needed to be fixed and resolved after people felt the panic of possibly not having anywhere to live. Mother of five Stephanie McWilliams was stressed Wednesday morning.

The motel been McWilliams’ home for the past weeks after surviving domestic violence, reacting and rushing to find what to do after Tuesday’s news, that she and other people staying at a Travel Lodge Hotel in Matteson would have to leave by 5:00 Wednesday evening.

“Being here has actually been comforting for us,” she said.

Mc Williams added she has also felt safe, despite what the Matteson Fire Department described as “an abundance” of code and safety violations.” Officials said they were first notified in February of last year when someone staying there complained.

Fire officials later reported finding malfunctioning smoke alarms in 20 rooms and sprinklers system issues on the upper levels. Hotel management said they were keeping up with alarm upgrades and a control panel only needed minor fixes. They claimed the fire department jumped the gun in threating a shut down and work with contractors to fix issues was ongoing.

“But due to COVID, we have to wait until the people was able to come and give us our turn. And today was that. It was scheduled for today,” said manager Latricia Washington.

“The fire alarm issue has been an issue in the past and it’s resolved now,” added Matteson Fire Chief Michael Bacon.

On Wednesday, fire and city inspectors came out and gave the all clear. Meaning, around 80 people like McWilliams are relieved they can stay. The fire chief didn’t go into further detail on if there will be further inspections on other potential issues.

CBS 2 reached out to the Village of Matteson, but so far, no response. The sister company of the hotel, Wyndam Hotels, said it did reach out to the owner here when they learned of concerns, but it’s unclear when that happened. 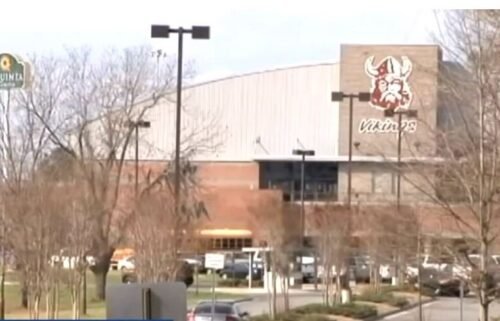