CHICAGO (WLS) — A Chicago man was arrested Wednesday morning and named in a federal complaint tied to the Jan. 6th insurrection at the U.S. Capitol.

Lawrence Ligas, 62, is charged with four counts in a criminal complaint, including “disorderly and disruptive conduct.”

“Freedom isn’t free,” Ligas told the I-Team after he was released by a federal judge late Wednesday afternoon.

That catch-phrase is usually used to thank those serving in the military. Ligas recited it as he was freed without having to post bond following a court appearance at Chicago’s Dirksen Federal Building.

The FBI arrested Ligas at his North Side apartment just after 6 a.m. Wednesday.

According to an FBI affidavit obtained by the ABC7 I-Team, Ligas was traced to the Jan. 6 mayhem in Washington, D.C. through social media accounts, cell phone records, security camera photos, travel history and video footage and media reports that authorities say included interviews with Ligas.

In one NPR interview from Jan. 11 cited by the FBI, Ligas said “We are not Republicans. We are the MAGA party. We are patriots.”

He is a long time Logan Square activist, speaking out for and against various causes and local controversies.

According to the FBI, Ligas is seen on U.S. Capitol security cameras inside the building on Jan. 6. In one photo included in the complaint (below) they say he is seen taking a selfie while in the Capitol wearing a red “Make America Great Again” baseball cap.

Federal agents say they confirmed various pictures of Ligas on the scene of the insurrection, before, during and after it occurred by a distinctive “American flag-style scarf” that is apparent around the neck of the man in various photos and still-frames from security videos.

Ligas didn’t say anything further as he arrived home in Logan Square Wednesday afternoon. He actually had a hard time finding someone to let him in, perhaps because he had no cell phone since the FBI seized it as part of their search warrant.

As with many of the January 6th cases, the four charges against Ligas are misdemeanors. Jail time is possible, but unlikely for those not accused of theft or specific violent acts. 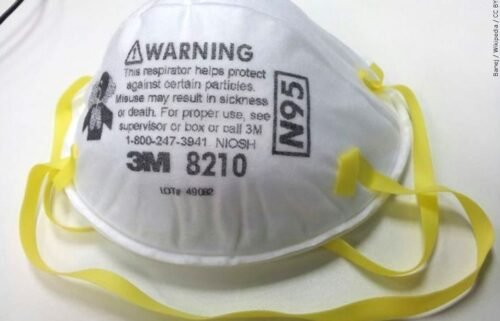