DICKINSON COUNTY, Kansas (KMBC) — A Pennsylvania-based company is demanding the return of more than $165,000 in cash after county sheriff’s deputies seized the money during a traffic stop on Interstate 70 in Kansas.

Court documents say a driver for Empyreal Enterprises LLC was driving the cash from Missouri marijuana dispensaries to a credit union in Colorado.

A federal affidavit reveals a Dickinson County sheriff’s deputy pulled the Empyreal driver over for a traffic violation on May 17. The driver told the deputy she was on her way to Missouri to collect cash proceeds from marijuana businesses in Missouri to bring them back to Colorado, according to court documents. The deputy let her go.

The next day, court documents say the DEA set up surveillance on the driver in Missouri. A Dickinson County deputy eventually stopped the driver again along I-70 and the deputy seized $165,620 in U.S. currency in five bags. A drug dog smelled marijuana on that cash, according to the court paperwork.

On an affidavit, a DEA special agent justified the seizure of the cash saying marijuana is still illegal in Kansas and under federal law.

The company carrying the cash filed a response in federal court saying the money was obtained lawfully under Missouri law and is tacitly or affirmatively allowed by the action of the U.S. federal government.

Empyreal is demanding the money back, along with attorney fees, according to court documents.

A DEA spokeswoman said she could not comment on the case.

KMBC called a Topeka-based attorney for the cash transportation company. KMBC has not heard back.

The case is scheduled to go before a federal judge in Kansas for a scheduling conference in January. 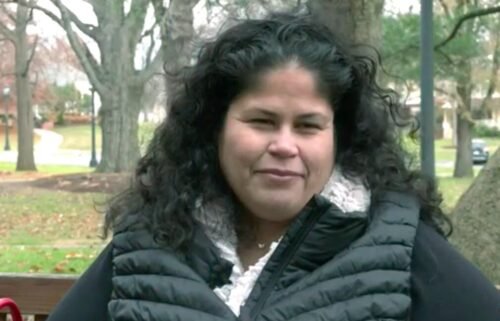