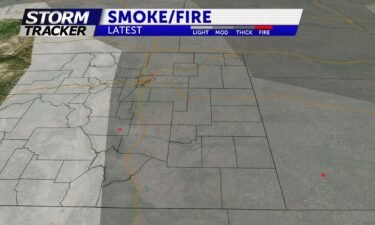 GRANADA HILLS, California (KCAL, KCBS) — Two men casually walked out of a crowded TJ Maxx in Granada Hills recently, their arms full with what appeared to be stolen items.

“That looks great,” one man said as video showed them headed toward the door.

One of the men even had an oversized duffle bag on his back.

“They didn’t even run out, they walked out,” Los Angeles Police Department Sgt. Jerretta Sandoz said. “And so, that’s sending a message that we, the criminals, are winning.”

Sandoz is a veteran sergeant and is vice president of the Los Angeles Police Protective League. She blames the brazen act on Prop 47, which lowered criminal sentences for certain non-violent crimes such as shoplifting.

“If they’re caught, they’re probably given the equivalent of a traffic ticket,” she said. “So it’s not taken seriously.”

Across the state, there has been a reported rise in shoplifting. Video of thieves running out of a San Francisco Neiman Marcus went viral earlier this month.

“If you let these criminals think that they can go in and steal merchandise and steal things, what happens when someone tries to stop them,” Sandoz said.

Just last week, an employee at a Glassell Park Rite Aid was shot and killed after he tried to stop two men from stealing a case of beer. And criminal defense attorney Alexandra Kazarian said it’s the fear of that kind of violence that keeps retailers from confronting shoplifters, not Prop 47.

“The employees at TJ Maxx have been told that, in these specific circumstances, it’s not worth it for you to go and physically attack, physically stop people that are walking out with this inventory,” she said. “Because these businesses have insurance.”

“People who are stealing giant, giant tote bags, giant backpacks worth of inventory are not getting the same benefit of the people that are stealing food and clothing for their children,” she said.

LAPD said it was investigating the crime, though the Los Angeles District Attorney’s Office said no suspects have been arrested or cited in the case.

“Once officers make an arrest or cite someone for a crime, they will present the case to our office,” Alex Bastian, special advisor to District Attorney George Gascón, said in a statement. “We make charging decisions accordingly. We do so based on the facts, the totality of the circumstances, and the law.” 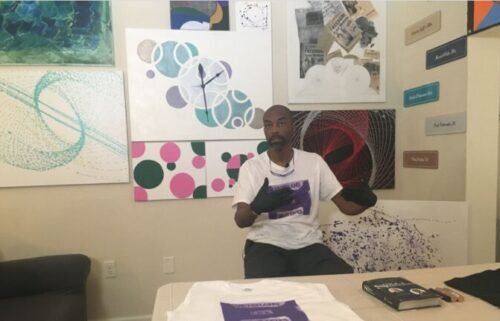 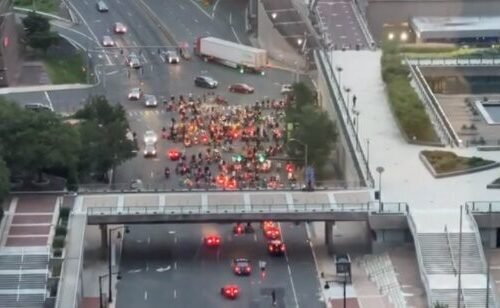